Students from all over the UK are sowing the seeds to make the country’s most successful agricultural show even bigger and better.

Hartpury has teamed up with the Royal Three Counties Show to introduce a competition aimed at giving groups of students the chance to put their stamp on the direction the Show takes in the near future.

Eight student teams from agricultural colleges have already submitted their strategies – Hartpury University Centre, Scotland’s Rural College (one from Aberdeen and one from Edinburgh campus), Duchy College in Cornwall (three teams), Eastern and Otley College and Moulton College. There’s still plenty of time to enter with a deadline of March 1st, 2016 for entries.

Hartpury’s Innovation and Careers Enterprise Principal Lecturer, Gill Reindl, who is part of the team behind the new competition said: “We jumped at the chance for our students to get involved in such an exciting enterprise competition, which will present them with real world challenges and put their skills of delivering a strategic plan to the test for a major event.

“It’s a unique opportunity for them to make an impact on a thriving business, to help the country’s largest equine and livestock Show to continue to innovate and improve and to give their CV a boost at the same time.

“The competition will see them pitch their ideas to company directors and board members and give them a sense of how business works outside of the lecture theatre. It’s a unique opportunity.”

The aim of the competition is for students to take a critical look at the Royal Three Counties Show and come up with a medium-term strategy for its development. Students from agricultural colleges and universities throughout the country enter in teams of three or four and the winning team will win an all-expenses paid trip to the Paris International Agricultural Show in 2017, as well as the opportunity to sit on the Royal Three Counties Show Committee for a year.

Ken Nottage, Chief Executive of the Three Counties Agricultural Society, said: “We’ve already welcomed several of the colleges that have entered the competition to the showground, where they have had the chance to meet our commercial and marketing teams and gain a behind the scenes insight into the Show.

“We are delighted to be working in partnership with Hartpury College to launch this new competition and we’re really looking forward to taking a closer look at the students’ ideas for the future of the Show. We pride ourselves on making the Show even bigger and better year on year and we’re really exciting to be harvesting fresh ideas from the future of the agriculture industry.”

The shortlisted teams will present their strategies at the showground in May. The winner of the competition will be announced on the first day of the Royal Three Counties Show, which runs from Friday, June 17th to Sunday, June 19th, 2016.

Full details of the competition can be found on the Three Counties website at (www.threecounties.co.uk). 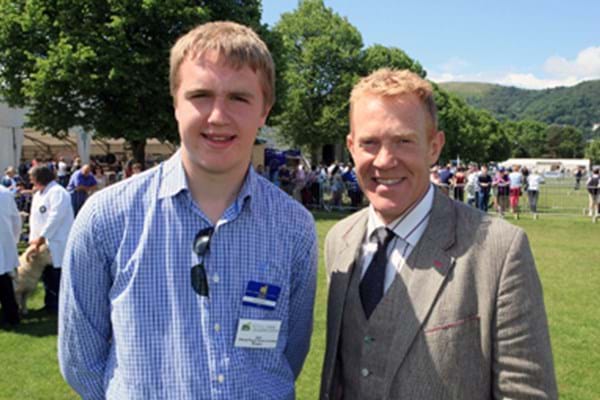