Surprisingly, it’s not the soothing sounds of classical music that are the most calming for canines, according to Hartpury’s latest groundbreaking research.

It would seem that the adventures of Aslan, the dulcet tones of Stephen Fry or a helping of Harry Potter could be the most effective way to relax dogs in kennels, with a recent study showing that dogs in kennels benefit from listening to audiobooks over all other types of recordings.

The study investigated the effects of audiobooks on 31 dogs housed in a rescue centre. They were exposed to five different auditory conditions – audiobooks, classical music, pop music, music ‘designed’ specifically for dogs and no additional sound for the control group. The dogs’ behaviours were recorded every five minutes during a two-hour period in each ‘condition’.

The duo found that listening to actor Michael York's reading of "The Lion, the Witch and the Wardrobe" relaxed dogs more than pop and even classical music from "The Best of Beethoven".

Tamara said: “Being in kennels can be a very stressful experience for dogs and we hope that our findings can be used to help improve the welfare of dogs within kennel environments. The use of audiobooks could even increase the likelihood of successful re-homing as, by reducing the dogs’ stress, this may also reduce potential behavioural problems.

“We were surprised that audiobooks appeared to be more beneficial than classical music as this has been documented as having a positive effect on a range of other species, such as reducing abnormal behaviours in gorillas and elephants.

“The dogs that listened to the audiobookstended to show increased resting behaviour. This suggests that these dogs had reduced stress.

“It would now be interesting for research to explore if the audiobook reader's gender, age, accent and the way they narrate the stories makes a difference to dogs. Some might prefer men’s voices while others like hearing women narrating. The dogs' previous experience during their lives may be important in determining the attributes of the reader that they prefer.”

The study follows research conducted at Hartpury in 2012 by Equine Science lecturer Linda Greening and final year student Clare Carter, which showed that country and classical music hits the right note for horses.

The study on stabled horses showed that jazz and rock music led to stressful behaviours such as stamping, head tossing, snorting and whinnying, with jazz the most irritating, possibly due to its frequent minor keys and varying, often fast, tempos.

Music by singer Hank Williams Jr., though, seemed to calm the horses, as did listening to compositions by Beethoven. The research was presented at a conference of the International Society for Equitation Science. 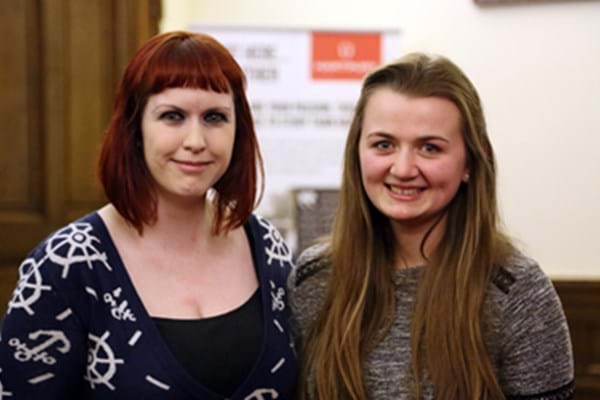