Extra time and a ‘golden goal’ were needed to deny Hartpury a third straight Regional Schools title in Cornwall over the weekend.

Sarah Pretty’s side, unbeaten in two years, came into the tournament as favourites despite fielding a younger side this year with no international representatives. However, after cruising through their group, they were eventually beaten 12-11 by last year’s runners-up, Millfield.

The Hartpury girls began shakily in their opening game against Truro School before exploding out of the blocks in the second half to take the game 16-2. Despite comfortably winning the game, Hartpury were quickly reminded of the tough task ahead as Marlborough and Royal Grammar School provided sterner opposition in 7-6 and 9-6 victories respectively.

The team wrapped up their group with wins against Bournemouth Grammar School (15-5), Richard Huish (13-5) and Exeter (10-4) to sit top of proceedings having not lost a game, scoring 70 and conceding only 28.

Hartpury’s table-topping performance saw them pitted against college league rivals, Truro College, in the semi-finals. A frantic start saw the teams trade goals before Hartpury kicked on to take a five goal lead at half-time. This lead was maintained as the girls marshalled the second period to win 10-5 and set up a final clash with last year’s beaten finalists, Millfield.

As Hartpury vied for a third straight title, extra-time was needed as the teams fought out an 8-8 draw, with both sides having also been level at half-time. Following four minutes of extra-time, the teams could still not be separated, trading six goals to end 11-11. With the scores tied, rules state that the next goal wins, and as the buzzer went, Millfield were in possession and able to take it to the net and score to complete a 12-11 win.

Hartpury Coach, Sarah Pretty, said: “To lose out by a single golden goal is really hard to take but I’m incredibly proud of the way the girls gave everything to reach the final and push a strong side all the way. We’re a young side and this will be a chance for us to learn and improve on our game ahead of the National Schools Finals in March, where we’ll be looking to put in a strong showing again.”

Hartpury’s runners-up finish ensures them a place at the National Schools in Brighton on Saturday, March 19th, 2016, where they will be looking to improve upon last year’s second place. 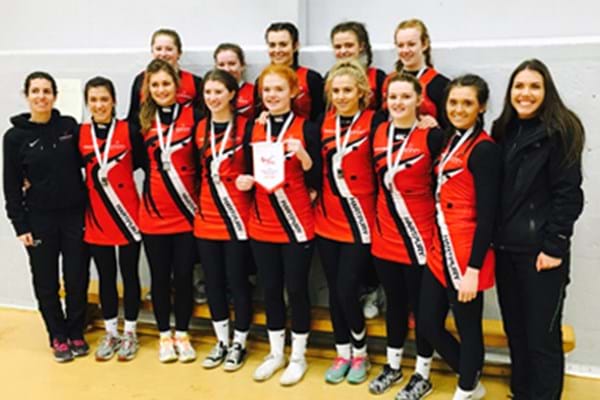