Hartpury’s brightest young rugby talent will pitch up against their toughest opposition to date when they train with England at Pennyhill Park this week.

England will use the session on Thursday, February 4th to prepare for their opening RBS Six Nations clash, the Calcutta Cup match-up with Scotland on Saturday, February 6th at Murrayfield.

It is the second time Hartpury RFC have been asked to assist England with their Six Nations preparations, having taken part in a training session at Pennyhill Park in the build-up to the same fixture last year.

And England will come up against a number of players eyeing senior international honours in the not too distant future among the Hartpury contingent.

A squad of around 14 Hartpury RFC players, including current degree students like Scotland Under-20s scrum-half Ben Vellacott, Lithuanian winger Jonas Mikalcius – already on 15 National League One tries this season – and England Under-20s star, number eight Will Safe, will spend around an hour and half training with Eddie Jones’ squad as they fine-turn their tournament preparations.

It promises to be an eye-opening experience for the Hartpury players, particularly given the world’s media will be looking on for the final part of the session.

Hartpury Principal, Russell Marchant, said: "We were thrilled to have the opportunity to train with England before last year’s Six Nations and to be invited back to Pennyhill Park is an even bigger honour.

“It’s a reflection of the exceptional reputation Hartpury has as a hotbed for rugby talent and we’re very proud to boast players of a high enough calibre to provide England with a good workout ahead of such a prestigious tournament.

"Our only disappointment is that our boys will not get the chance to train alongside Jonny May – a Hartpury graduate we’re hugely proud of – after he was ruled out of contention for selection for the squad due to his knee injury. We wish him all the best for a speedy recovery.

"Training alongside the senior England squad will be inspirational for our players and I’m sure that we’ll see more Hartpury players follow in Jonny’s footsteps and run out for England in future.”

Hartpury RFC are having an exceptional season in National League One, currently sitting third, and they will be using the England session as additional training before their home clash with Henley on February 6th (2.30pm).

Hartpury Director of Rugby, Alan Martinovic, said: "It is a busy time for our rugby squads with National League One commitments, our university team competing in the knockout stages of the BUCS Championships and our college players making up the vast majority of the Gloucester squad contesting the national Under-18s final on February 15th at Saracens’ Allianz Park.

"We will, of course, do everything we can to ensure all of our players maintain their best form and fitness and this run-out against the England senior squad will provide an excellent test for us as we head into the business end of our seasons.

"The squad that will train at Pennyhill features some hugely exciting young student talent, and we're delighted to have been invited back for another incredible opportunity. All of the players are looking forward to the challenge." 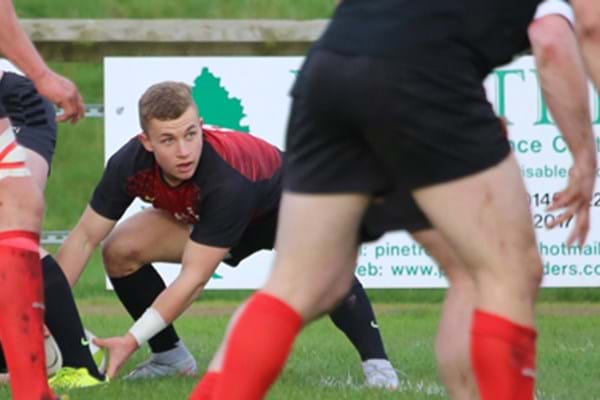