Hartpury’s contingent of promising modern pentathletes took another step towards international selection after a strong showing in the second round of the Great Britain Under-19s ranking series.

Nine Hartpury pentathletes took part in the competition that saw the college host budding talent from Germany and Hungary in a ‘tri-nation’ tournament last week, with the event also providing an opportunity for the youngsters to amass qualifying points towards selection for the European and World Youth Championships later in the year.

And the Hartpury trio of Bradley Sutton, Harry Sykes and Josh Miller starred in all three disciplines as they cemented their place near the summit of the rankings list.

Miller began in particularly strong fashion in the fencing stage as he racked up 30 victories and only five defeats to secure first place. Hartpury’s Oliver Murray joined Sutton and Sykes in the top 10 while in the female section, Paris Allen found herself in eighth place after the first event.

In the swim section, Hartpury’s male foursome of Sutton, Sykes, Miller and Murray consolidated their position in the top 10 entering the final discipline, while Allen did likewise in the female event.

With the weather worsening, the combined event (running and shooting) proved extremely difficult for all competitors but Miller and Sutton were able to power home in sixth and seventh respectively. Murray was the next Hartpury member to finish as he squeezed into the top 10 in ninth place while Sykes, who represented GB in last year’s European Championships, was the fifth Briton home in 11th. Allen, who faced strong opposition from her German and Hungarian counterparts throughout, produced a respectable display in the female section to return in 12th position.

The end of the competition saw Hartpury’s pentathletes tighten their grip on the Great Britain qualifying positions, with Sutton, Sykes and Miller currently placed in second, third and fourth respectively, while Allen is also well placed to make a push for selection in sixth position overall.

The above athletes will be joined by Murray in the GB Youth International in two weeks’ time at Solihull, which will also serve as round three of the selection process.

There was also a positive showing from the remaining four Hartpury pentathletes of Alex Coveney, Sophie Pedlar, Lucas Epple and Jack Ayling in the competition and Hartpury’s Head of Modern Pentathlon, Mat Dewey, is hoping his team can all build on their performances.

He said: “It’s great to see all of our athletes produce such a strong performance and get the results that their consistent hard work deserves. The season is only just getting started for some of our guys and if they are selected for international representation then they will have monthly competition up until August.

“They are always pushing each other to do better so hopefully they can maintain this form in the next few months and give themselves every chance of making the Great Britain teams.” 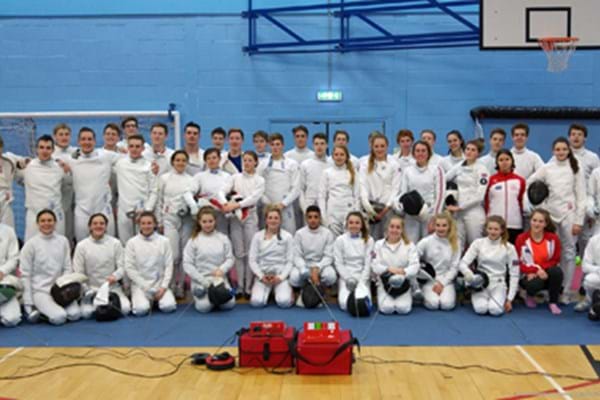