Having won 10 and drawn one of their 12 games in Premier South A, Hartpury have now arrived at the quarter-final stage of this season’s BUCS Rugby Union Championship and line up against some familiar opposition this Wednesday (2nd March) at 2.15pm.

With more than 28,000 students, Leeds Beckett is one of the UK’s larger academic institutions, making the 1,500 or so undergraduates that we have at Hartpury look fairly tiny by comparison. However, what we may lack in numbers we more than make up for in rugby pedigree, having won the BUCS Championship – on average – every other year since our first win in 2007.

Beckett are no strangers to Hartpury. We defeated them, in Leeds, at the corresponding stage in 2013 before they were our opposition in the 2014 final – a thrilling game which Hartpury won 28-24 at Twickenham (pictured).

The Yorkshire side then had their revenge last season, when Hartpury were beaten in the semi-final, having had a man sent off. Beckett went on to lift the Trophy by beating Loughborough and, thus, come to Gloucestershire as the current holders…

They finished third in Premier North A this year, losing home and away to divisional winners Loughborough and also at runners-up Durham. Given their strength in depth and their connections with Yorkshire Carnegie, they are sure to field a strong and competitive side for what promises to be an excellent match.

The winners will travel to meet either Loughborough or Cardiff Met at the semi-final stage, with the prize being another Twickenham BUCS final on Wednesday, 23rd March.

Changes in the competition structure mean that fixtures against Leeds Beckett, Durham, Loughborough and other northern universities will become more common in the future, as the eight leading university sides will compete in a national BUCS league from next season onward.

Certainly, if Wednesday's game is anything like as good as our recent home fixture with Exeter University, then anybody coming along to watch is in for a treat. The game kicks off at 2.15pm and, as usual, if you are not playing in your own fixture then we’d appreciate as much vocal support as you can give.

The other quarter-finals see Durham at home to Bath while Exeter play host to Newcastle. 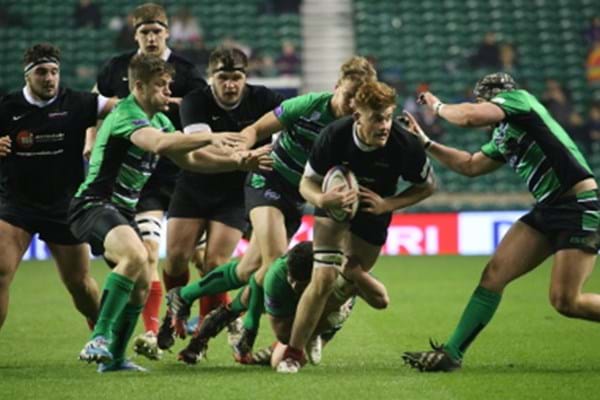