Hartpury’s university football 1st team battled their way into the semi-finals of the BUCS Championships this week with a 2-1 win over Northumbria as they look to defend the title they won last season.

A Scott Wilson double saved Hartpury’s graces after Marc Richard’s side fell behind with just over ten minutes left to play. Having gone 1-0 down from a long throw, substitutes Miller and Sirdick combined to feed in Wilson who spun with his back to goal and scored left footed.

Wilson then turned the tie on its head after Sirdick had done well to win a penalty following a strong run into the box. The striker keeping his cool to slot past the keeper and give Hartpury the lead with a few minutes to play.

Both sides had further chances during a long period of added time but Hartpury held firm and came away 2-1 winners. They’ll face fellow BUCS Premier South team, Cardiff Met, in the semi-finals at home on Wednesday, March 2nd.

It was somewhat more comfortable for Hartpury’s Under-19 football first team who maintained their 100% record in the ECFA Premier League with their tenth win, beating Birmingham Met Stourbridge 4-1. Paul Tassell’s side are now eight points clear of their closest challengers, who they also have two games in hand on.

Away from the football, Hartpury’s BUCS 1st XV beat Cardiff 1st XV 33-17 in the BUCS Premier A South to cement second place in the league, just one point behind winners Exeter. They will now head into the playoffs looking to claim back the national title they last won in 2014.

There was also a win for the BUCS 2nd XV in the BUCS trophy as they beat Cardiff Met’s 2nd XV 19-15 to progress to the next round.

Hartpury’s women’s 1st XV meanwhile took charge of their BUCS Western 2B league, beating second placed UWE’s 1st XV 55-0 away from home to take them to six wins from seven and 17 points clear of their rivals.

The junior netball team rounded off a good day for Hartpury’s elite teams with a 45-16 home win over Hereford sixth form in the AoC Premier League.

The golf team meanwhile, finished second in the latest round of their Intercollegiate Tour. Despite Hartpury’s A and B teams topping the nett division with scores of 284 and 286, Moulton’s A team came away victorious in the gross division, winning by six shots.

With seven football games on in total, there were also good results for the Under-19 2nd, 3rd and 4th teams. The 2nd team won 2-0 away to Cirencester in the ECFA Premier League 2A while the 3rd team beat North Warwickshire and Hinkley 5-1 and the 4th team won 2-0 at home to Herefordshire and Ludlow.

There were also losses for the BUCS 3rd and 4th teams who went down 5-2 to Swansea’s 2nd team in the BUCS Western 2B and 7-0 against Southampton’s 3rd team in the Western 4A respectively. 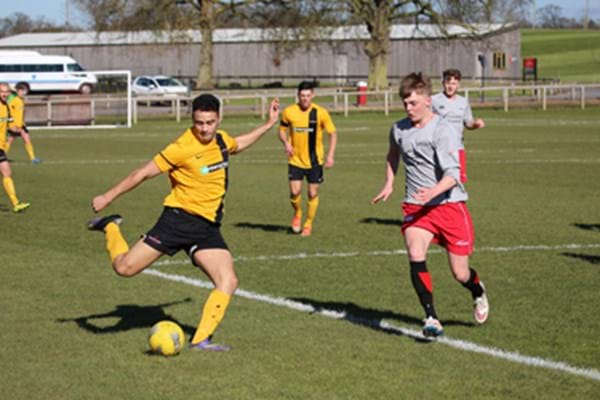