When a Gloucester squad with a healthy Hartpury contingent takes to the field for the Premiership Under-18s final today, it will bear testament to the quality of players emerging from the college’s talent production line.

Twenty-two players from Hartpury College’s much vaunted AASE rugby programme have played for the Gloucester Academy side this season as they have made their march into today’s showdown against London Irish Under-18s at Allianz Park.

And while the Gloucester Academy set-up works closely with schools and clubs throughout Gloucestershire, it’s no secret that the club enjoys a unique partnership with Hartpury; Shed stars and former students like Jonny May and Elliott Stooke are proof of that.

The college has been a key feeder into the Cherry and Whites’ Academy for many years but Hartpury Under-18s coach Sean Marsden admitted that the partnership has made even bigger strides forward this term to provide an even more defined pathway for some of the county’s brightest young tyros.

He said: “We went into this season knowing that our AASE League schedule would finish much earlier than usual and myself and the Gloucester Academy manager, Neil McCarthy, saw it as a great opportunity to work even more collaboratively in every facet - from coaching, training and competing to the support network around our elite players.

“The AASE League is hugely important to Hartpury and we were thrilled to win the AASE title for the seventh year in a row in November, but we’re also mindful that the Premiership Under-18s League is the premier competition in the country for lads of this age.

“It’s vital for player development that they are playing at the highest level possible, so Gloucester and Hartpury have been working very closely together to give our lads the best possible chance to reach their potential. It has also been great for me personally to work across both teams and be involved coaching the lads in different competitions.

“We’re meeting several times a week to co-ordinate everything from training to strength and conditioning, nutrition, physio and psychology, with both Gloucester and Hartpury now having an input into that support around the player. From their physical development to the playing side, the best interests of each player has been at the forefront of everything we’re doing.

“And it’s evident from our own AASE campaign success and Gloucester’s run into the final bolstered by so many Hartpury players that this more co-ordinated approach is bearing fruit.”

Hartpury’s Under-18s programme is certainly producing some of the Cherry and Whites’ most promising current prospects, with wingers Harry Robinson and Rhys Tudor and scrum-half Harry Randall having already all played for the senior side against the Barbarians, while back rows Morgan Morris and Ceri Silvester have been involved in the A League.

They are following in the footsteps of recent Hartpury-forged Gloucester players like fly-half Mat Protheroe, who starred for England Under-20s on Friday night, as well as Will Safe, Joe Batley and Harry Wilson.

And with the latest crop of Hartpury talent benefiting from even more contact time with Gloucester and access to the very best support from both camps, the number of Hartpury products treading the hallowed Kingsholm turf is almost certain to continue to grow.

“We’re hugely proud of the fact that so many of our players go on to represent their countries and counties and to play for top level clubs,” added Sean.

“The pathway we’re developing on and off the field is certainly giving players the best chance of pushing forward. As well as representing Gloucester, we look set to have players capped for England, Wales and Scotland Under-18s this year, plus we’ve got lads playing for Hartpury RFC and for BUCS.

“Some of them may earn contracts as thy finish the AASE programme but we’ve also got a lot of boys planning on staying on to do degrees at Hartpury after they complete their A-levels and BTEC Diplomas, which is great news for the RFC and the BUCS side. “At the moment though, all the buzz is around the Premiership final and everyone at Hartpury wishes us well as we bid for the title.” 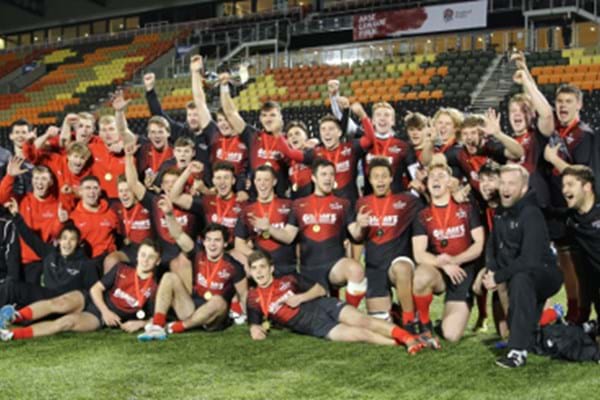