The new women’s football and futsal offer starting in September 2016 will follow in the footsteps of the hugely successful men’s programme at Hartpury, offering girls the chance to study alongside benefiting from top level coaching and competition opportunities.

To launch the new programme, Hartpury is holding two ‘Introduction to Women’s Football and Futsal at Hartpury’ days on:

As well as a football coaching/training session, there will be a game of futsal in the sports hall, a chance to find out more about the new programme from the coaches and the courses available to study and to tour Hartpury’s specialist sports campus. You can book on to the introduction day here

Hartpury’s Director of Elite Sport, Tom Radcliffe, said: “We’re very excited to be launching another new programme in women’s sport at Hartpury. We’re hoping it will be just as successful as the women’s rugby programme that’s growing in stature all the time and already producing a bumper crop of internationals and professional players.

“With such a successful men’s football programme at Hartpury that’s won 10 national titles in recent years, it makes perfect sense to build on that and support young women’s players to take their development to the next level in the same way.”

Since introducing futsal to Hartpury in 2012, Luciana has seen the sport grow among both university and college students. After initially having only three players, the sport quickly blossomed with more girls taking up the sport and the college has had a team play in the British Universities and Colleges Sport (BUCS) competition since 2013. A girls’ football team also currently plays in the college leagues.

Luciana said: “Having been so involved with the growth of women’s football and futsal at Hartpury, I’m delighted that we’re taking that another step forward.

“As well as top level coaching, our elite level players will have access to professional support including physiotherapy and strength and conditioning, plus there are a limited number of bursaries available to help them finance their studies.

“You don’t have to be playing at the highest level to be part of the new programme though and you can carry on playing for your own club while you study with us. There’s lots of courses for them to choose from in everything from Sports Nutrition to Performance, Coaching, Therapy and Physical Education in School Sport.

“As well as having access to our sports facilities, we’ll give all players on the programme the coaching and support they need to reach their potential and we’ll work alongside their current club to support their development.” 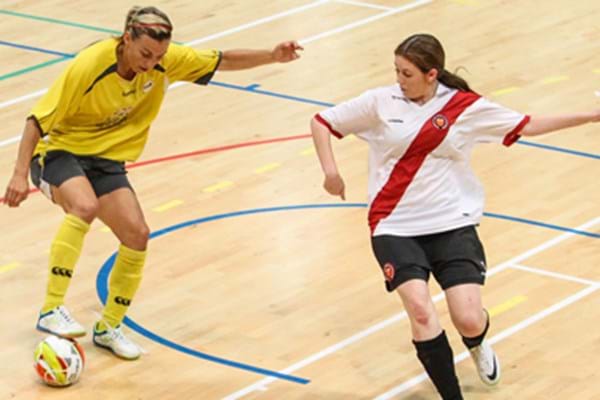