All five of Hartpury’s Modern Pentathletes claimed top five spots as the college claimed yet another national title with Alex Coveney being crowned the BUCS Sixth Form champion.

Ayling finished second and Epple fourth in the boys’ side of the competition while Pedlar and Bliss both earned podium spots in second and third places respectively.

Unusually, the boys began with the combined event and the girls got underway with fencing. It was Ayling who got off to the best start, finishing first with Coveney and Epple hot on his heels in second and fourth respectively.

The placings switched following the boys fencing as Coveney claimed first spot overall with a win in the event, with Ayling and Epple second and third.

Despite Ayling swimming three seconds quicker than his previous personal best, Coveney was able to hold on to top spot in the final event with a personal best of his own. Epple also swam his best time of the season to ensure he finished fourth overall.

In the girls’ side of the event, Pedlar and Bliss got their competition underway with a second and third place in the fencing before Pedlar jumped to top spot overall following the combined event. A personal best from Bliss in the swim saw her finish third overall while Pedlar dropped from first to second in the final standings.

Hartpury’s Head of Modern Pentathlon, Mat Dewey, said: “All five of our athletes did extremely well and it was great to see a number of personal bests – it shows how hard they were pushing to finish as high up the table as possible. A few of these guys have unfortunately just missed out on international representation this year so to come here and perform like this is a good sign for their chances of changing that next year.” 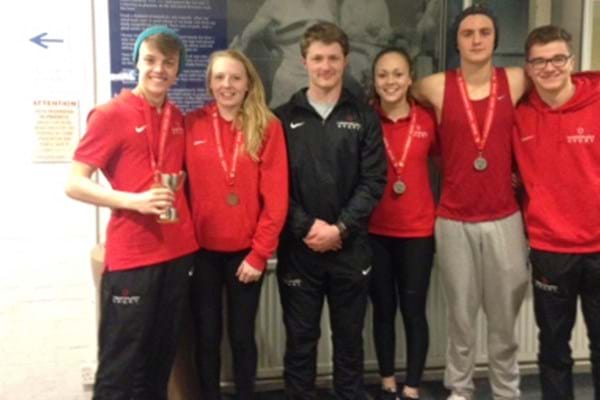