A Hartpury student is taking dog walking to a whole new level as she looks to take on Europe’s elite in the unusual sport of canicross.

Hannah Hudson, 18, an Equestrian Sports Coaching degree student, has taken up the sport with her adopted one-year-old Siberian Husky, Ace, and the 18-year-old is hoping to make it into the Great Britain squad when she competes in the European Championship qualifying event over two days from the 26th March at Cranwich Forest, Norfolk.

Canicross is the sport of cross-country running with dogs, where people run while attached to a harness with their canine partner.

Originating in Europe as off-season training for the sledding community, it has become popular as a stand-alone sport all over Europe, especially in the UK, and races vary between five-kilometre distances to half marathons.

Hannah said: “I heard about canicross through word of mouth when I moved to the Forest of Dean with my parents and I quickly got involved! I adopted Ace from a rescue home and quickly found that she needed more than just a couple of walks a day so it was the perfect opportunity for us both.

“We both run regularly around the forest, training at night for around 10 kilometres twice a week with a head torch so we can see where we’re going but it’s definitely worth it! The races normally take place on tricky terrain so it’s good to get practice in and hopefully we can make it into the Great Britain team.” 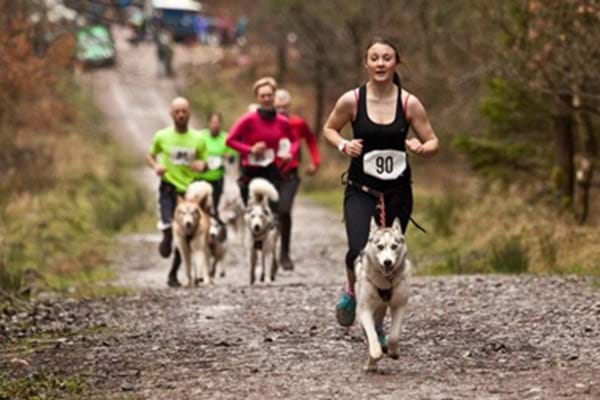