Hartpury’s golfers have fired themselves to the national finals of the Intercollegiate Tour as two teams qualified for the showpiece event for the first time in the college’s history.

Rowan Warren and Caitlin Evans-Brand both shot level par rounds of 70 to ensure that both the A and B teams qualified for the finals in Southport and Ainsdale golf club at the end of April. The pair finished in tied first with Hartpury A’s Matt Cradock (72) just behind in third.

In the gross division (best four out of six scores to count), Hartpury A finished on top with 291 and Hartpury B second on 297. In the nett division, the B team turned the tables to sit at the summit with 273 and the A team were third on 285. Warren’s final round 70 also secured him third spot in the competition’s overall Order of Merit with fellow student Alex Chalk just above in second.

Hartpury’s Golf Programme Manager, Rich King, said: “There were some excellent individual performances and it’s great to see so many talented players with Hartpury ties at the top of the order. To have qualified both teams for the national finals for the first time in our history is something to be really proud of.

“Both teams have performed really consistently over the course of the season and we’ll keep working hard between now and the end of April to give ourselves a good shot at the national titles.” Hartpury finished in second spot in the ICT tour last year with Chalk in third place in the individual standings.

Hartpury’s golfers now turn their attention to the Gloucestershire Schools Championships, which take place today (Thursday, March 24th). Alex Chalk will be looking to qualify for the Gloucestershire team for a second year in a row when the competition gets underway. 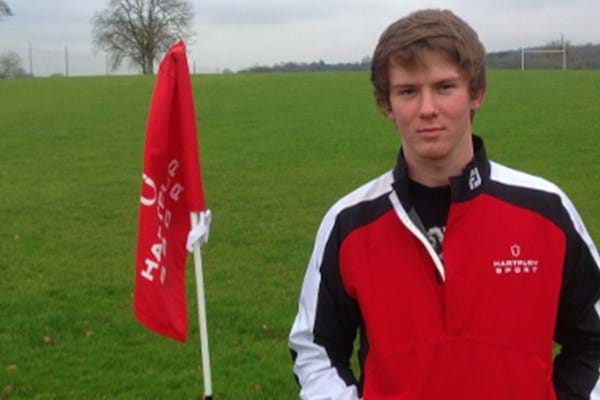