Former Hartpury netball talents Kellie Hull and Thea Thompson are one step closer to touring New Zealand as part of the England ‘Nets’ netball squad after making an 18-strong list.

The duo will be looking to make the final squad of 12 which will be picked at the end of March as part of a newer six-a-side format of the game called Nets.

Nets is a faster-paced indoor only version of the game of netball with no ‘out of bounds’ as well as the chance to score two points by shooting from outside of the traditional scoring zone.

The duo also won the Superleague for a second time the following year as well as placing as runners-up in the Cup and National Championships. Both Hull and Thompson also played together as part of the British Colleges netball squad during their time at Hartpury.

Hartpury netball coach, Sarah Pretty, who managed the pair, said: “It’s great to see both Thea and Kellie continuing to be hugely successful after leaving us. They were both part of a winning team here and contributed to a lot of our success together.

“They are both hard-working and dedicated and it’s great to see them rewarded with this chance at playing at an international level and possibly the chance to tour New Zealand. We wish them the best of luck with the final squad being chosen at the end of the month.” 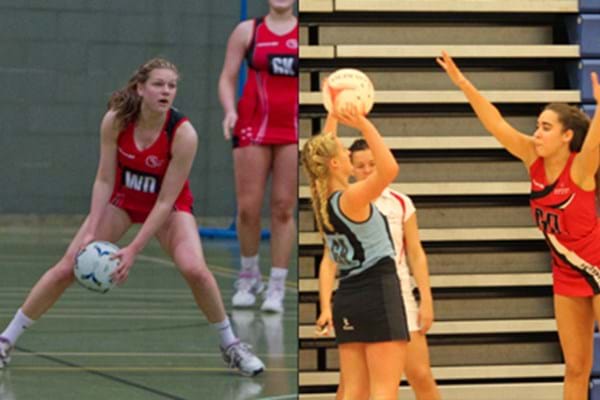