From striking sticks to jovial joggers, there were smiles all around as Hartpury boosted the Sport Relief coffers with a fundraising double.

Hartpury’s hockey team did their bit for a great cause as they took part in a gruelling 10-hour hockey match on Wednesday, March 16th. Around 30 students and staff from across the college picked up their hockey sticks, some for the first time (!), to join the team for the marathon match from 8am to 6pm, raising around £300. Several of the students played for the entire 10 hours!

Hundreds of local people also descended upon the college on Sunday, March 20th to run a mile around the campus to raise money for charity.

Setting off from Hartpury’s Sports Academy, the route took in the college’s woodland and commercial farm before runners crossed the finish line in front of the rugby grandstand. Those looking to push themselves were able to complete three and six-mile options.

Hartpury’s James Forrester, who helps run the college’s Sports Academy, said: “It was a fantastic day and we were really pleased that so many people turned up to run the Sport Relief Mile here at Hartpury.

“There were kids running with their parents and grandparents and more serious runners taking on the longer routes but they all had one thing in common; having loads of fun raising money for a good cause.” 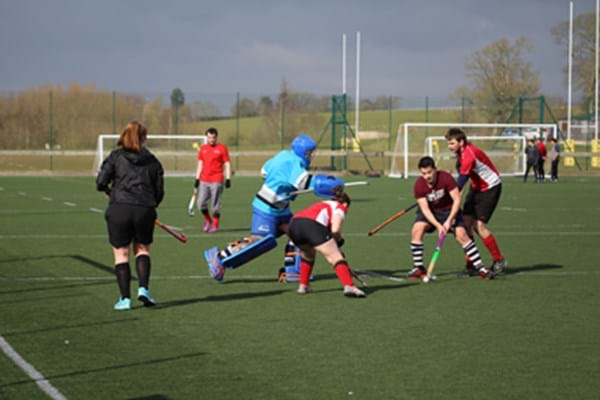