Four of Hartpury’s finest took back the title they last won in 2014 when the girls’ quad clinched the Schools Head of the River crown.

They finished three seconds ahead of Molesey Rowing Club in this prestigious event, which is the first major national Under-18s competition of the Spring and the UK’s largest school-age processional head race (time trial) competition.

Hartpury’s boys’ quad of Harry Cox, Jacob James, Charlie Bates and Alfie Heath, who are all studying the BTEC Diploma in Sports Coaching, finished eighth out of 30 starters.

Hartpury rowing coach, Tom Pattichis, said: “The girls have been rowing in a mix of fours and eights up until very recently, so their preparations for the quad were disrupted. It was a little surprising to see them do so well for that reason.

“We know there are bigger challenges ahead, especially given the fact that two or three strong crews from the leading girls rowing programmes were missing from the event this year, but it was an excellent starting point to move forwards into the summer regatta season.”

The girls’ quad will head into that period looking to defend the National Schools, Henley Women’s Regatta and Henley Royal Regatta titles that the Gloucester-Hartpury crew won last season. 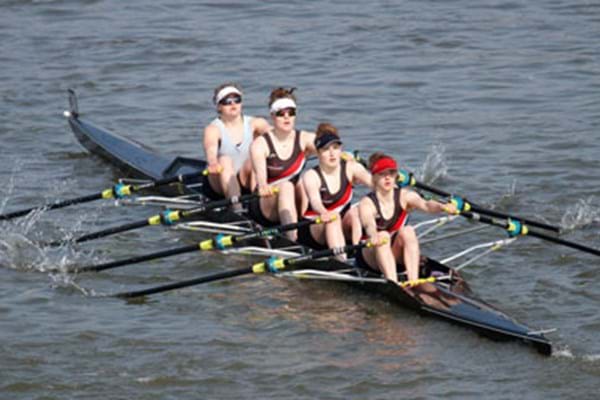