Four Hartpury undergraduates have been named in the England Students rugby squad that will assemble to prepare for fixtures against their French and Irish counterparts over the next three weeks.

Front row specialist Mike Flook is joined by fellow forwards James Voss and Tom MacDonald, while Hartpury’s backs are represented by fly-half Jacob Perry. All four have represented Hartpury RFC in National League One this season as well as featuring in the British Universities and Colleges Sport (BUCS) Championship play-off matches with Leeds Beckett and Loughborough University recently.

Hartpury has a strong tradition of representation within England Students selections over recent years and this latest recognition again underlines the strength of the elite rugby programme at the college.

Also in the squad is winger Alex Brown, who was previously selected when playing as a Hartpury student last year, since when he has moved on to study for a postgraduate certificate at Exeter University.

Both fixtures are away, with England travelling to play France on Saturday 2nd April with the game against Ireland, in Dublin, a week later. 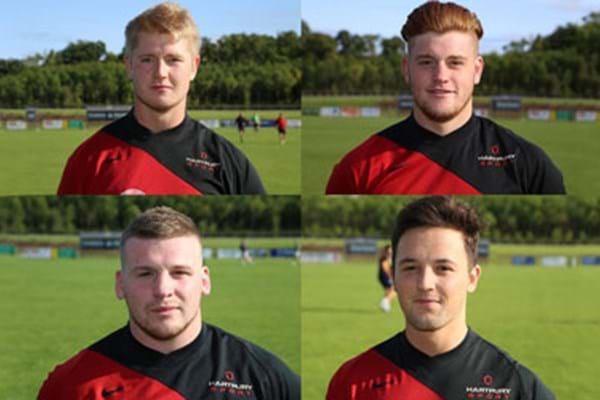