Hartpury’s sport teams made it a week to remember after they produced a 100% record in their respective cup competitions.

The university football first team made it through to their second consecutive British Universities Colleges Sport (BUCS) National Championship Final as they edged out Cardiff Met firsts 2-1 in the last four. A Scott Wilson double helped Hartpury on their way to the final showpiece in two weeks’ time, where the defending champions will take on the University of South Wales. You can read the full match report from the game here.

The university rugby first XV set up a semi-final tie with Loughborough after a gritty and tireless display saw them secure a 20-18 win over Leeds Beckett firsts in their BUCS National Championship last eight fixture. You can also read a full match report of the game here.

The Under-18s second XV also won by two points and booked a place in the final of the AoC Premier Cup after a 19-17 victory against Hartlepool Sixth Form firsts, while the BUCS second XV and women’s rugby firsts made it five wins out of five in cup fixtures with both sides advancing to the final of their respective BUCS Trophy competitions. The former produced a 36-15 win over Durham thirds and the latter beat Bournemouth first team 22-5.

In other results, the junior netball first team produced a 51-37 win over Newcastle-under-Lyme firsts in the AoC Premier League while the junior seconds thrashed Cirencester firsts 58-23 in the AoC West Midlands League. The BUCS first team were also in action but they lost 56-25 to Swansea thirds in the BUCS Western 5B League.

The Under-18s rugby fourths were also in league action and the side fell just short in their AoC League fixture with Hereford Sixth Form first XV in a 15-10 scoreline.

Hartpury golfer Matt Cradock finished top of the individual leaderboard in round five of the British Schools and Colleges Tour after firing a four over par round of 77 to win by one shot. Rowan Warren and Joel Smith finished in tied for third place as the A team finished in a tie for first place in the gross division, while the B team ended the day in top spot in the nett division. 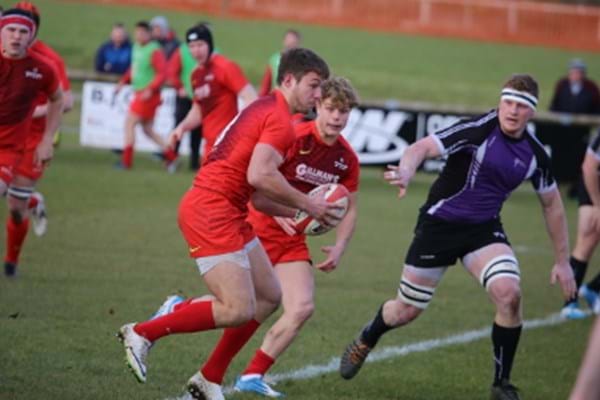