What a weekend it was for Hartpury talent on the international rugby stage!

Centre Ceri Large, who was a star of the women's rugby programme at Hartpury, scored two tries at England women kept their Women's 6 Nations Grand Slam ambitions on track with a 20-13 victory over Wales on Saturday.

Former Hartpury A-level students, Amy Cockayne and Bianca Blackburn, were also part of the successful England squad, who now face France in Vannes on Friday night. Hartpury degree student, Hannah Jones, was on the losing side, playing in the centre as Wales pushed favourites England all the way.

And a current student also set the international stage alight as Hartpury Under-18s and Gloucester Rugby scrum-half, Harry Randall, weighed in with two tries for England Under-18s in a thrilling 27-26 win over Wales yesterday.

Also in the England starting XV for that game was Hartpury loosehead prop Alex Seville and two other of Hartpury’s brightest young stars, back row Morgan Morris and hooker Jordan Liney, were in the Wales squad for the game. Morris also weighed in with a try. All the boys were members of this year's successful AASE-winning squad.

There were no such celebrations, unfortunately, for former Hartpury RFC and Under-18s fly-half, Mat Protheroe, although his performance was a rare bright spot in England Under-20s 42-16 defeat to Grand Slam hopefuls Wales on Friday night at Ashton Gate. He did pop over three penalties and a conversion.

It was a similar story for Hartpury Sports Coaching degree student, Cameron Roberts, with the centre scoring a late try for England Deaf as they went down to a 34-10 loss to Wales Deaf at Cardiff Arms Park. 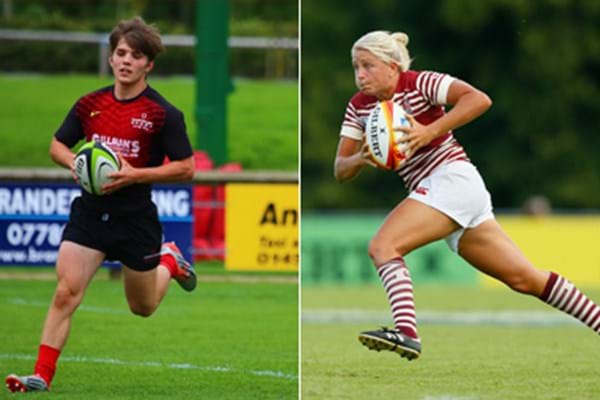