Gloucester-Hartpury women’s team came agonisingly close to pulling off a giantkilling act in a thrilling county derby against Cheltenham Ladies.

The Midlands Two team, who have finished second in their league, were 14-5 up against Women’s Championship South One high-flyers Cheltenham Ladies in the Women’s Intermediate Cup quarter-final played at the college.

However, a strong finish by the higher league side coupled with dubious decision-making by Gloucester-Hartpury saw the latter concede two late tries to go down 19-14 and exit the competition.

Cheltenham started the cup clash strongly with some powerful forward carries and some good runs by their backs, with former Hartpury student Emma Mundy opening their account with a try.

Gloucester-Hartpury then started to believe in their ability and put some good phases together with strong carries from Rachael Norris and Gemma Sharples. However, despite battering the Cheltenham try-line, the visitors’ defence held firm to leave the hosts trailing 5-0 at half-time.

After the interval, Gloucester-Hartpury, who are in their first season of playing league rugby, came out firing. Gemma Sharples, moving from centre to her preferred position of number eight, caused havoc from the base of the scrum, and laid the platform for Devon Holt to make sniping breaks from scrum-half, while full-back Mary-Ann Gittings impressed with carving runs.

The increased pressure was rewarded when Gloucester-Hartpury scored through Sharples and then again very quickly through a turnover scrum, with Norris powering over for a try on her birthday to lead 14-5. The celebrations were only temporary though as Cheltenham went over for two tries to re-establish a 19-14 lead and Gloucester-Hartpury could find no way back.

Gloucester-Hartpury head coach, Susie Appleby, said: “Although it was devastating to go out of the national cup competition in this way, the fact we put up such a great fight despite being without four key players shows we are capable of competing at Championship level.

“We have come such a long way in our first two seasons, as individuals and as a team, and the future is looking very bright. Our focus now is on our next two games at Kingsholm and then building for next season.”

Both of the remaining fixtures at Kingsholm are friendlies. On Saturday, Gloucester-Hartpury will take on Loughborough Ladies as a celebration of international women's day and they will then face a big West Country derby with Bath Ladies on May 7th, 2016. 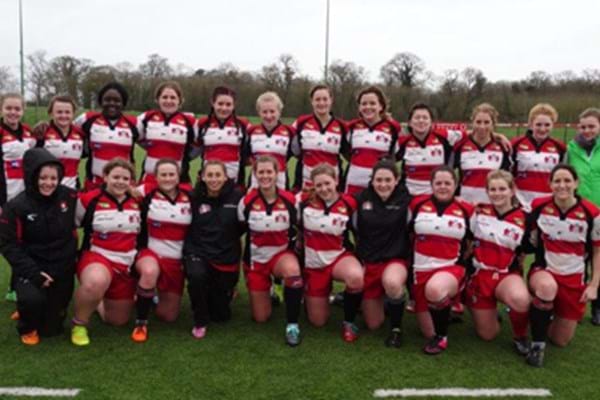