Hartpury were denied a second straight BUCS national title as a spirited 10-man University of South Wales held out to win 1-0 under the lights in the senior final at Sheffield last night.

Despite being a man to the good and the better side for a large portion of the game, Marc Richards’ side were unable to capitalise as a number of chances went begging during a much improved second half. Hartpury were under par in the first 45 minutes and an untimely miscommunication handed South Wales the only goal of the game.

In a scrappy opening period which wasn’t helped by a less than average surface at Sheffield Hallam’s Sports Park, both sides struggled to gain a foothold as a number of passes went astray. As Hartpury looked to wrest control, Scott Wilson – who was in fine form heading into the game – did well to cut inside his man in the box before testing the keeper, who saved well to his left after 22 minutes.

Chances were few and far between in the first half but it was South Wales who took the lead as a long, hopeful ball over the top led to a mix up between keeper and full-back, allowing one of the Welsh players to prod the ball into an empty net.

Hartpury’s captain Edge then found himself first in the referee’s book for a late challenge. A Bundu free-kick from all of 35 yards was well saved as the half drew to a close before South Wales were reduced to 10 men on the stroke of half-time.

The South Wales’ right back tangled with Hartpury’s Wilson as the striker rushed to get the ball back in play. What seemed a fairly innocuous tussle resulted in a red card for the Welsh player for an apparent retaliation.

The second half started very much in the same vein with neither side looking particularly potent in the final third, although Hartpury were controlling the game with the extra man. Miller and Grant replaced Hicks and Benn after 60 minutes before another Bundu free-kick sailed just wide of the far post as Hartpury looked to press home their man advantage.

Ed Williams had a strong penalty appeal waved away after 70 minutes as he went down under the challenge of two South Wales’ defenders. Richards then sent on Joe White with just over 15 minutes remaining and the tall striker was involved in a lot of Hartpury’s good play as they searched for a late equaliser.

Bundu fired over from six yards out under pressure from the South Wales defence before White nodded a header down into a dangerous area with Hartpury unable to capitalise.

Despite a number of half chances, another penalty appeal for hand ball and a series of corners in added time, Hartpury were unable to find what would have been a much deserved equaliser.

Marc Richards was full of praise for his side, who had claimed the BUCS Premier South title this season for the seventh time in eight years ahead of last night’s final. He said: “I can’t fault any of the boys’ efforts; everyone gave their all and we were unfortunate not to get back into the game.

“I thought we improved as the game went on and deserved to at least take the tie to extra-time. It’s been a fantastic season and I’m really proud of the squad for making it to the university final again. The boys will learn from this experience and come back even stronger next year.” 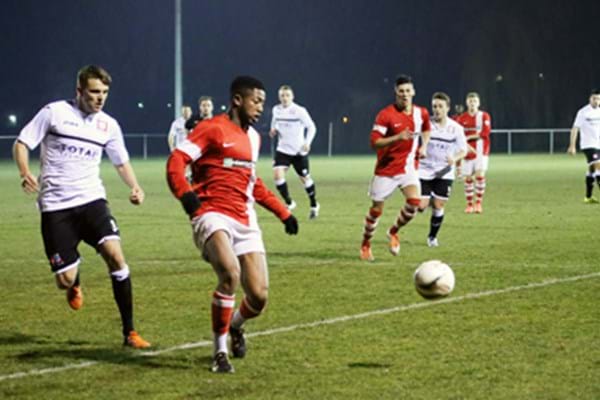