The college’s AASE (Advanced Apprenticeship in Sporting Excellence) squad lifted the trophy after defeating Bishop Burton 28-0 in the final showpiece, having racked up a total of 163 points in the group stage and semi-final fixtures, only conceding two tries all day.

The girls opened their account in clinical fashion in the group stage with a 50-0 win over Brockenhurst College, thanks to a hat-trick from Maisie Gudmunsen.

Their next game saw the team face their toughest encounter of the competition as they secured a 20-7 win against Filton College, while they produced a scintillating display of sevens rugby in a 57-0 thrashing of Coleg Sir Gar in their final group fixture.

In the semi-final game against Swedish Girls College, Hartpury crossed the whitewash six times with Ella Wywras scoring a brace in a 36-7 win as they set up a final showdown with Bishop Burton.

And a double from Gudmunsen helped Hartpury on their way, with Wywras and Tazmin Bricknell also touching down with a try apiece to clinch the title for a fourth successive year.

LJ Adams, Hartpury’s college women’s rugby programme manager, said: “The performance of every single player was extremely pleasing, especially as the majority of the squad were first year students. Each performance in the competition was better than the last and we grew stronger over the tournament. Hopefully, the girls can build on this experience and produce more success in both formats of the game in future.” 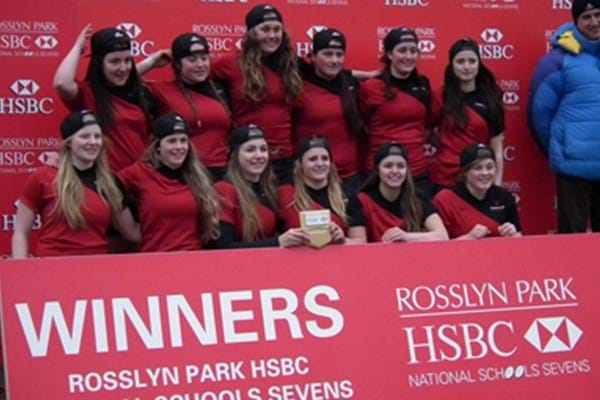