Hartpury’s golfers produced another piece of history recently as two teams qualified for the national finals of the British Schools and Colleges Tour (BSCT).

Just a week after firing themselves to the national finals in the Intercollegiate Tour (ICT) for the first time in the college’s history, the two teams produced a similarly strong showing in the final round of the BSTC regional qualifiers to book their places in the final showpiece at Trevose Golf and Country Club in May.

Hartpury’s A team finished top of the gross and nett division in the sixth and final qualifying round while the B team managed to secure third place in both, which was enough for Hartpury to claim a one-two finish in the overall qualifying standings of the two divisions. The A team sat at the top of the summit in the gross division while the B team reversed the form in the nett division to secure the bragging rights.

There was further good news for Hartpury as the college also secured a gold and silver medal position in the individual Order of Merit with Rowan Warren seeing off Kobe Adams to claim first position from his Hartpury colleague. Fellow Hartpury golfer Matt Cradock finished two places below Adams in fourth.

Attention now turns to May’s final event with Hartpury’s current crop looking to emulate last year’s team, who secured the team gross title on the back off Joe Harvey’s success in the individual leaderboard.

Hartpury’s Golf Programme Manager, Rich King, said: “All the players on both teams performed brilliantly over the qualifying rounds and they have all played their part in getting the two squads to two sets of national finals for the first time in our history, in both the BSCT and the ICT.

“There have been some excellent individual performances throughout, with Rowan leading the way, and hopefully all of our players can build on this and give themselves a good shot at the national title in May.”

The golfers have also been in action over the Easter period as Caitlin Evans-Brand shot herself to success by six shots in the Gloucestershire Schools Championships at Tewkesbury Park Golf Club to qualify for the county in this year’s South West Championships at the end of May. She will be joined by a further three Hartpury golfers at the regional competition, after Cradock, Liam Williams and Reece Swain all qualified in the male event. 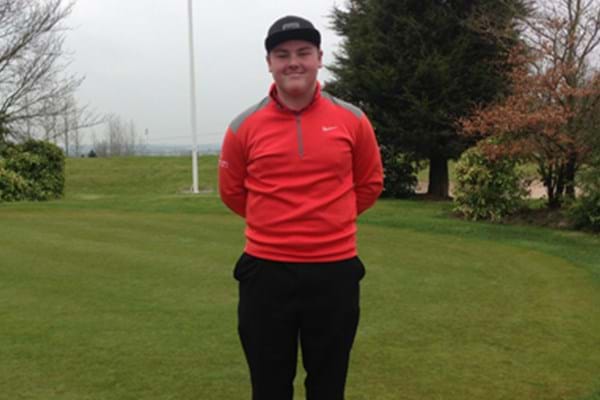