Hartpury’s historic golfing season shows no sign of slowing down after George Bryant fired his way to success in the AoC National Championships.

Hartpury secured the individual title for the first time as Bryant shot a one over par score over 36 holes to leave his nearest rivals five shots behind at Close House Golf Club, Newcastle, home club of recent Masters runner-up Lee Westwood.

And there was further joy at the national competition as Caitlin Evans-Brand played a part in helping the West Midlands women’s team secure a silver medal in the team event.

Bryant leapt to the top of the leaderboard after a round of one under par saw him lead by a single stroke heading into the final round, where the 16-year-old gradually increased his lead to a comfortable margin to seal victory for Hartpury.

Rich King, Hartpury’s Golf Manager, said: “It was a fantastic performance by George, who has shown fantastic development during his first year with us. He played with a lot of confidence and we’re delighted for him!”

Hartpury now have the Intercollegiate Tour (ICT) National Finals in their sights, with the showpiece tournament taking place next week at Southport and Ainsdale Golf Club, Merseyside, as the squad look to go one better than last year’s team who finished in second position.

Bryant will be a part of the squad that travels to the final and he will be joined by another in-form golfer in the shape of Rowan Warren, who produced a strong display to finish third in the Central Wales Boys’ Championship last weekend.

In a 68-strong field, the Hartpury golfer shot a three over par score over 36 holes to finish just six shots behind the eventual winner at Borth and Ynyslas Golf Club.

King added: “Rowan has been in great form for most of the season and he is currently playing to a very high standard so I’m hopeful that he can put himself in contention for honours next week. If he keeps progressing, he can also give himself a chance of qualifying for the Wales Junior team for their home internationals in the summer.”

Hartpury will have two teams in next week’s ICT final for the first time in the college’s history, and King is hopeful that his players will maintain their strong form throughout the 54-hole competition.

“For both our sides to qualify for the national finals is a massive accomplishment and I really believe that they can both challenge for the top spot in the team event,” King said.

“Based on recent form, I wouldn’t be surprised to see a few of our guys challenging for the individual title so I am really looking forward to seeing how they all get on next week.”

The golfers will be in further finals action just a week later as they compete in the British Schools and Colleges Tour (BSCT) at Trevose Golf and Country Club, with the current crop looking to emulate last year’s team, who secured the team gross title on the back of Joe Harvey’s success in the individual leaderboard. 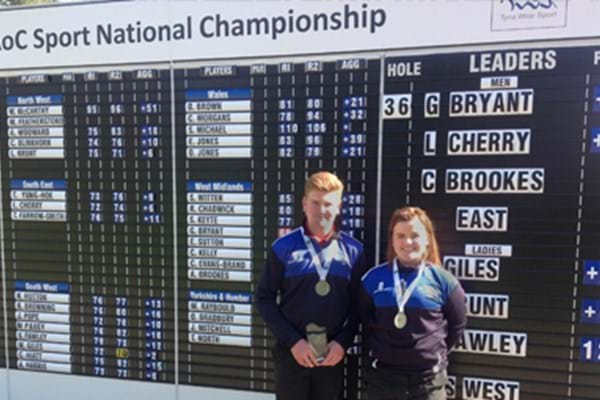