Two Hartpury teams will be looking to add to the college’s haul of national titles this weekend as they aim for top spot at their respective AoC championship finals in Newcastle.

The college’s golfers will contest the AoC National Championships at Close House Golf Club while the netball team will look to add to their haul at the event, which they have won twice. Both teams will be representing the West Midlands at the championships, which kick off on Friday, April 15th.

Sarah Pretty’s netball team will be looking to improve on a fourth place finish last year. The team have a strong history in the competition after winning it twice, finishing runners-up and in third place within the last five years.

The squad have returned a week early from their Easter break to prepare for the event, where they will be among the favourites for the title. Despite being a new group of players, the team qualified for the finals by scoring 97 and conceding just 14 goals in six games.

Head Coach Sarah Pretty said: “History doesn’t count for a great deal in this competition and everyone will have come into it having won their region and beaten some of the country’s strongest sides along the way. We can’t go into the finals thinking we have any right to just walk away with the title but we’ve prepared well and if we apply ourselves properly in every game then we will be very tough to beat.”

Meanwhile, George Bryant and Sam Keyte will make up half of the four-man West Midlands men’s golf team and Caitlin Evans-Brand is in the women’s team which both get their competition underway with an 18-hole team competition on the Friday. The trio will also be contesting an individual event – in both the girls and boys side of the draws – which takes place over 36 holes and takes into account Friday’s 18 alongside another round on the Saturday.

Kobe Adams and Rowan Warren had originally qualified first and second for the finals but were unfortunately forced to withdraw in the run-up to the event.

Rich King, Hartpury’s Golf Manager, said: “This is always a tough competition given that you’re up against the country’s best players but we have some very capable players going and we’ve prepared well going into the event. Obviously it’s disappointing for Kobe and Rowan that they’re unable to compete for us at the finals having finished first and second in the qualifiers but we’re still taking three quality golfers and I’m looking forward to seeing what they can do over the two days.” 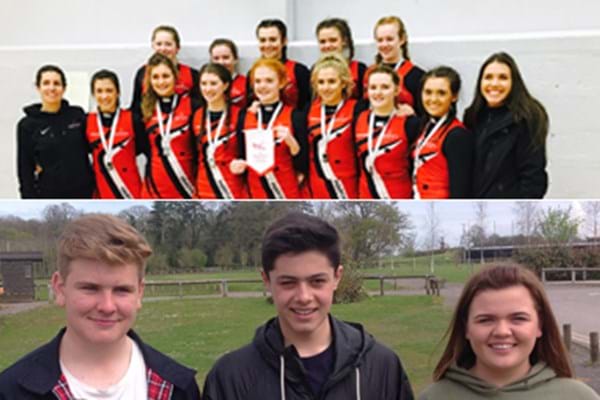