Hartpury’s Paralympic hopeful Scott Jones was making waves as he introduced himself on the international scene over the weekend, picking up a silver medal at the Gavirate International in Italy.

With the regatta broken down into two parts, Jones, 18, making his first Great Britain appearance in a boat, scooped silver in the arms and shoulders single sculls (ASM1x) second tier final, having previously finished fifth in the morning’s main ASM1x final.

The Hartpury College Sport and Exercise Sciences diploma student finished just three places behind Paralympic gold medal winner Tom Aggar in the main final, having produced personal best times in both the heats and the final. Aggar will be representing Great Britain at this year’s Paralympics in Rio.

Hartpury’s rowing coach, Tom Pattichis, said: “This is another step in the right direction for Scott and it’s great to see him racing for Great Britain. He’s worked hard to get here and we can see that he’s improving every day. It’s obviously early days but we’ll keep working together and look to continue improving his times.”

Scott’s rise in the world of rowing has been rapid and his training has seen him slice large chunks of time off his personal bests since taking up the sport just over a year ago.

Jones is no stranger to being at the top of his sport. Before a series of strokes, Scott was making a name for himself on the Gloucestershire sporting scene as a talented multi-eventer with Cheltenham and County Harriers as well as being a keen swimmer and enjoying karate.

Following his accident, Scott broke world records at junior level in the F34 shot put class at his first ever international competition before breaking the men’s F34 world record in the shot put at the IPC World Championships in 2013. Unfortunately, his throwing career was ended by a severe shoulder injury at the UK School Games, which prompted his move into competitive rowing.

Meanwhile, Bryony Lawrence and Frances Russell continued their push for a Great Britain place of their own at the most recent round of junior assessments.

The pair, who ranked second in their February trial, were given an early scare after placing fourth in the time trial but recovered to put in two solid performances in the semi-finals and final to secure their place at the final GB trials in July.

Russell and Lawrence were placed second in the semi-final before recording an identical result in the final with their strongest performance of the day. They were beaten into top spot by a pair from Glasgow Schools, who they will now team up with to represent Great Britain at the Munich Regatta, having qualified alongside the duo earlier in April.

A number of Hartpury rowers also put in solid performances at the Start Regatta – a development event racing single sculls that takes place alongside the Great Britain trials.

The rowers will now turn their attention to the summer regatta season with their sights set on finalising the crews to race in the National Schools event at the end of May. 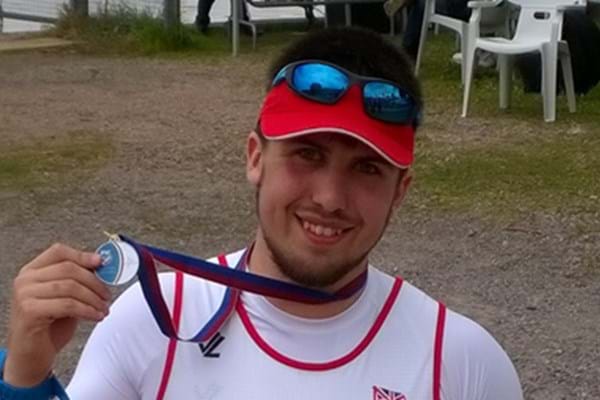