Silky skills and electric action will be on display at Hartpury for free this weekend when the Hartpury Sevens takes place for the third successive year.

Players from 28 teams – 16 men’s and 12 women’s – will descend on Hartpury this Saturday, May 14th, as they battle it out for the grand prize in an action-packed day.

Hartpury will field teams in both sections of the tournament with the men’s team looking to emulate the recent sevens success enjoyed by the University Centre and College rugby squads, who secured the BUCS Sevens Plate and AASE Sevens title respectively.

The hosts will face a host of top teams, who include current holders in the shape of the Bandits 7s team, while the St. Paul’s Pirates will take part in the event for the first time. This year’s Hartpury Sevens will also serve as a qualifier for the RFU Community Sevens Series, where the winners of Saturday’s competition will be in with a chance of qualifying for the national finals at the end of July.

In the women’s tournament, Hartpury’s University Centre team will be looking to make this season a treble-winning campaign but they face stiff competition from teams across the country, including a Gloucester-Hartpury side and well-known sevens protagonists such as the Wooden Spoon Marauders and the Dragons 7s squad.

In addition to the action on the pitch, Hartpury has linked up with the tournament organisers, 7 Bamboos Rugby, to host a free Gloucestershire Rugby Business Network event.

In between catching the rugby, which kicks off at 10am and will run until around 6pm, people are invited to the Rugby Business Network event, which will run in the Sports Academy between 12pm and 1.30pm. At the informal event, business people with an interest in rugby will get the chance to network, engage in a Q&A session with former Hartpury student and current Gloucester Rugby star, Henry Trinder, and enjoy a complimentary lunch.

The tournament is being organised and run by 7 Bamboos Rugby – the company set up by Hartpury graduate Max Lueck to provide sevens coaching to schools, help grow the game and run successful sevens tournaments as well as teams and training sessions.

He said: “The Hartpury Sevens is a sell-out. It’s looking bigger and better than ever and it promises to be a fantastic day so it would be great to see as many people as possible come and enjoy the competition.

“The Hartpury Sevens provides a great and free opportunity for people to come and experience the fast-paced format of rugby played at a high standard and we can’t wait for it to kick off.”

To keep up to date with the Hartpury Sevens action throughout the day, follow @7BamboosRugby on Twitter. 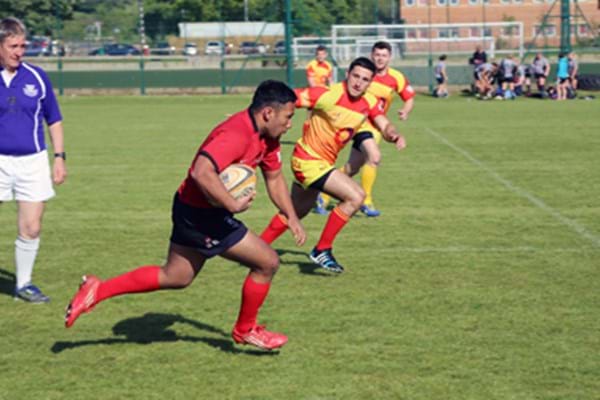