It has been another astonishing year for Hartpury College’s men’s and women’s rugby and football teams, amassing 11 league and cup titles between them.

“To win all four leagues firstly shows the consistency of our players and secondly it shows the services, mentoring and coaching the players are receiving is ensuring they are developing and are being challenged.

“Each team has worked extremely hard to compete in their respective leagues as many of the development teams are competing against other college and schools’ first teams. Plus, as the second XI have won the league which filters into the first XI league, they are not able to step up and compete any higher.

“Perhaps most encouraging is the fact that we’ve seen so many of the players move through from the lower teams into the first XI, who have had their most successful league campaign in our successful history, winning all of their games and cementing our 10th ECFA Premier League title. The players and staff deserve recognition for achieving this historic moment.”

There was also success across the board for Hartpury’s much vaunted rugby programme. The girls’ Under-18s AASE Rugby Academy triumphed as the Rosslyn Park AASE Sevens champions, while the Under-18s second team completed a double, winning the AoC National Rugby Union Premier Cup and the AoC Premier Rugby Union Group 3 League.

The third XV also finished in third place in the AoC Premier Rugby Union Group 2 League and there was a second place finish for the fourth XV in the AoC West Midlands League One.

Sean Marsden, Hartpury Under-18s rugby programme manager, said: “The league and cup achievements demonstrate the strength in depth we have in our playing squads at Hartpury, both men’s and women’s. The players across all the squads work incredibly hard to push themselves and they enjoy playing together in a Hartpury shirt.

“Winning the AASE Championship for the seventh year in a row is testament to all of the players involved. It is inspirational to see a group of young men come together and work hard for each other and to improve both on and off the field.

“The development XV is also an extremely important part of our programme and these lads deserve huge recognition and credit for what they have achieved. There is a high level of competition for places but every player is valued and we are focused on improving individuals across all six of our playing squads.

“When students arrive at Hartpury, we know it is a minimum two-year process that they are embarking upon. We encourage everyone to take advantage of all the first class resources and support on offer so they find themselves in the best position to keep moving forward.” 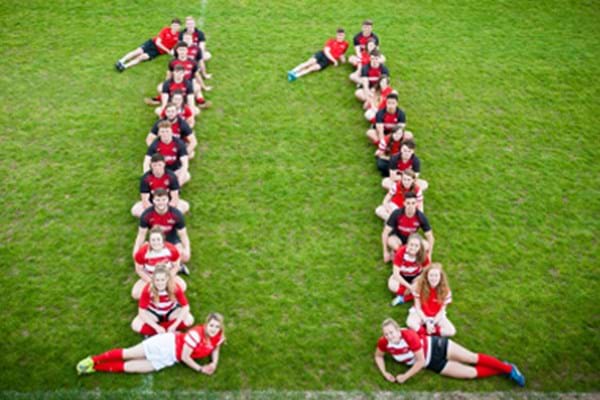