Hartpury RFC have secured two exciting new signings as they look to make another National League One promotion push next season.

After a 68-21 victory over Hull Ionians cemented a second placed finish last weekend, Hartpury will be looking to mount another challenge for honours next team and have bolstered their squad with the addition of full-back or fly-half Mike Wilcox and second row Joe Quinn.

Wilcox will be familiar face to Hartpury RFC supporters, having played for rivals Cinderford for the past five seasons, skippering them for the past two. The Dockham Road club suffered relegation out of National League One this term after eight years in the league.

“I thoroughly enjoyed my time at Cinderford and loved my five years there but the opportunity to play for a club who have been progressing and performing so well in National League One was too big an opportunity to pass up,” he said.

“It was a difficult decision but I want to be playing at the highest level I can for as long as I possibly can. Hartpury are an ambitious club competing at the top end in the national leagues and the brand of rugby they are renowned for playing should suit me down to the ground. I like to play with the ball in hand and I’m looking forward to being part of such a pacey, attacking back division.”

Although only 24, Wilcox already has an exceptionally strong rugby pedigree, including having represented England Under-18s AER and England Counties.

A pupil at Marling School in Stroud, he joined St Peter’s High School for sixth form and then spent a year with Gloucester Academy before joining the University of the West of England, Bristol, for a Construction Commercial Management course.

Full-time at university initially, Wilcox was also involved with Bristol Rugby’s Academy programme and played for Cheltenham rugby club. When he decided to complete his course part-time, combining his studies with working for Smiths, Gloucester, he left the Bristol Rugby set-up and joined Cinderford.

Impressing for both Gloucestershire Under-20s and the senior squad during his time with the Forest club, he was called up by England Counties for their Spring games and their tour of Romania last season. He was then re-selected this year for the clashes with Scotland Clubs and France Federal. He will now be eyeing selection for their three-match tour of Canada in June.

“I’m really looking forward to the new challenge waiting for me with Hartpury next season,” added Wilcox.

“I’ve worked with Barnsey (John Barnes) before when he was involved with the county set-up and with Pasty (Mark Cornwell, Hartpury RFC head coach) at Cinderford. I also know a few of the boys from playing with Gloucestershire and I played with George Evans at Cinderford too. I’m looking forward to hooking up with them all again.”

Joe Quinn will join Hartpury RFC from National League Two South club Clifton, where he has been plying his trade for the past two seasons and where Hartpury Director of Rugby, John Barnes, spent 10 years playing and five years coaching. 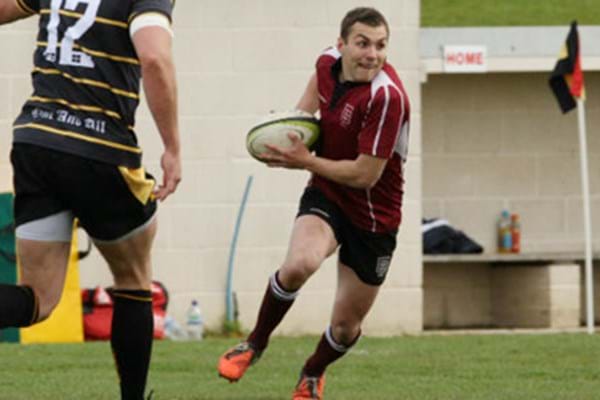