Hartpury rugby celebrated another hugely successful season packed with team and individual honours at the annual awards dinner at the home of Gloucester Rugby.

Players and coaches from Hartpury RFC and the BUCS university teams joined supporters and VIP guests, including guest speaker, World Cup referee Wayne Barnes, for the event at Kingsholm.

The coveted RFC player of the season award went to Italy youth international, blindside flanker, Jake Polledri – a mainstay of the team that secured an impressive second place finish in only their second season in National League One.

The most improved player award went to winger and top try scorer Jonas Mikalcius – recently snapped up by Aviva Premiership side, Harlequins. Jonas is studying for a degree in Sports Coaching at Hartpury.

The skippers stole the limelight for the BUCS teams as the captains took the player of the season award for the first, seconds and thirds! The first XV player of the season went to Sports Coaching degree student, Jamie Forrester, while Foundation degree Sports Performance student, Jack Sharpley, clinched the honours for the seconds and PE and School Sport degree student, Tom Pashley, took the third team prize.

Although the university side missed out on taking the BUCS Championship this season, losing a close-fought semi-final to Loughborough, they secured the BUCS Sevens Plate and a second place finish in BUCS Premier South A, only a point behind summit side Exeter University. The seconds finished top of Premier South B and made it to the final of the BUCS Trophy final, losing out to Bishop Burton first team.

Hartpury’s university women’s team had a hugely successful 2015-16 campaign, winning the BUCS Western 2B title and winning the BUCS Conference Cup 78-0 against Marjons. The women’s player of the season went to Samantha Jones.

Alan Martinovic, who is leaving his role as Hartpury’s Director of Rugby this month to be replaced by current head coach, John Barnes, delivered a heartfelt farewell speech. He said: “The Hartpury rugby programme has had a great deal to celebrate this season, winning 15 titles across the teams, and, as always, it’s fantastic to all come together to share that success.

“I’m very proud of the achievements I’ve been part of with Hartpury, not least the fact that our Under-18s have never been beaten as national champions and that we’ve produced more than 100 Under-18s internationals. But I’ve enjoyed my time with the senior group too, and it’s a credit to everyone involved that we’ve finished so high up in National League One this season.

“As I come to the final chapter of my journey with Hartpury, I can only hope that some of people I have worked with will feel that I made a difference to them as a person and as a player. I’d like to be remembered as someone who did my best for Hartpury and who cared.

“At Hartpury, we pride ourselves on supporting our students to be the best they can be and it’s hugely satisfying when they go on to achieve their dreams, both on and off the pitch. I’d like to wish everyone involved with Hartpury rugby the best of luck for next season.” 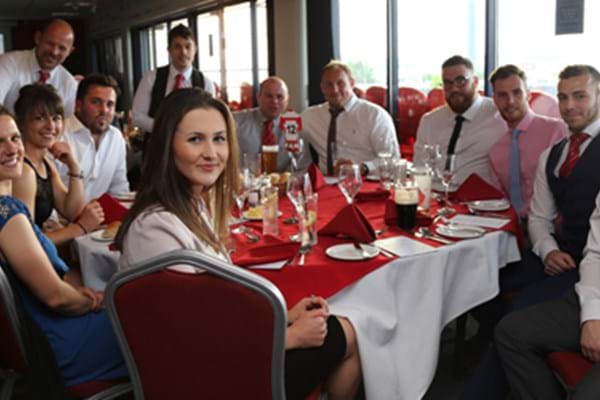