Five Gloucestershire schools have begun battling it out for the Hartpury Tri-Golf Championship title with a helping hand from the college’s students.

Finlay Community School, who will be looking to make it three titles in a row, alongside Highnam C of E Primary, Al-Ashraf, Staunton and Course Academy and Hartpury Primary School will be hoping to get their hands on the cup during the finals in early June.

Hartpury Primary School got the annual event underway as six teams from the school took part in the first qualifying event. The teams were scored at six stations involving different golfing skills from chipping to putting and it was the self-titled #BanterGolf team who finished on top to secure a place at the final event at the start of June.

All the pupils attending the event were given an introduction to golf with a one hour practice and coaching session in the morning delivered by the Hartpury golf diploma students.

Paul Johnson, a Hartpury golf lecturer who helps to organise the event, said: “This is a great opportunity to get local kids involved in golf and to show them what a great sport it is from a young age.

“We’re able to show them the fundamentals of the game before letting them have a go themselves at a number of small games set up by our students. It’s always a popular event and the kids really seemed to get into all of the activities. It’ll be interesting to see if someone can take the title away from Finlay Community School this time around too!”

All five schools taking part will go through the same qualification style event before the top team from each school returns on June 7th to fight it out for the overall prize. 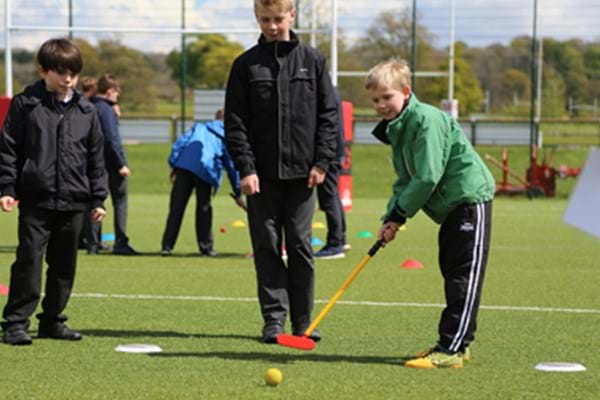