A quartet of Hartpury students will have even more reason to celebrate than most at the College’s Prize Day next week as they prepare to embark on the adventure of a lifetime in America.

BTEC Diploma Performance and Excellence in Football students Lewis Fogg, Will Haines and Louie Elliot, along with A-level student, Joe Pickering, have all secured scholarships to play College football and continue their studies in the US next year.

The former Harewood Primary and Millbrook Academy joined Hartpury’s football programme at the age of 16 to pursue his dream of making it to the top of the beautiful game as well as to further his education off the field.

However, he had always struggled with his Maths and he came to Hartpury without his Maths GCSE. Thanks to 1:1 support from Hartpury’s English and Maths team though, Lewis has recently passed the Maths functional skills qualification he needed to secure a full scholarship to Eastern Florida.

“I had a fantastic first year at Hartpury with my football, winning five caps for England Schools, representing England Colleges in Italy and scoring the best goal of my career so far to help Hartpury Under-18s to win the English Schools Football Association (ESFA) Boys Colleges Trophy.

“I did struggle though to get my head down fully to some of my studies, so earlier this year, I took a bit of a step back from my football. My mum helped me realise that my education needed to come first and I’m also really grateful to my tutor, Bryony Fletcher, who helped to make maths more interesting for me.

“That’s been key to me getting the result I needed to be offered a 100% two-year scholarship by Eastern Florida, which I’m really excited about. College football is huge in America. They have the most incredible facilities and the team I’ll be playing for, the EFSC Titans, attract really big crowds. They even have their own TV channel!

“Alongside my football, I’ll study core modules which will then help me to choose my major, hopefully at an even bigger university.

“Hartpury has developed me as a player and as a person, introducing me to so many different people from different walks of life and opening my eyes to opportunities I never knew existed. It has opened doors for me I could never have imagined.”

Fellow Football student, Will Haines is heading to Michigan to start his higher education course and play for Northwood University, while Louie Elliot’s scholarship is with Anoka Ramsey State College in Minnesota and Joe Pickering is off to East Tennessee State University.

Three other Sports students are heading Stateside to kick-start their careers, with Jack Bodley and Chris Barnett going to Chicago to work with Challenger Soccer Camps, while Ryan Tooth will work for Camp America.

These students will be following a proud tradition of Hartpury products making a name for themselves in the US.

Lewis Hilton, who spent two years at the college from 2010, is playing a major role on the soccer field for Charlotte Independence FC, who play in the third tier of the American leagues. He was previously playing for the Young Harris College Mountain Lions in Georgia alongside Josh Poole, who captained Hartpury’s Under-19s first team to ECFA National Championship success in 2014.

The most high profile though of Hartpury’s American exports is Ghana international, David Accam, who is currently starring for MLS side Chicago Fire. The forward, who joined Chicago in December 2014, has won their Most Valuable Player award. 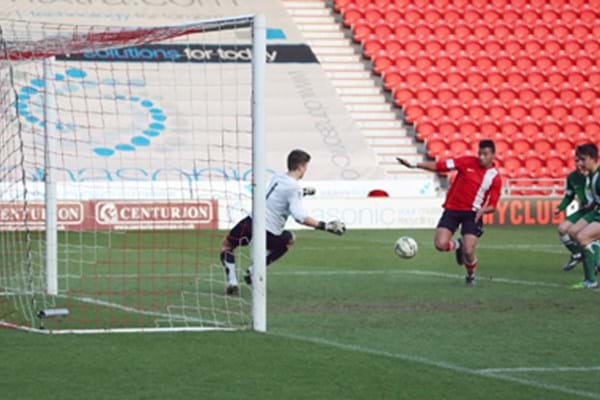