Hartpury will welcome some of the region’s leading businesses next week (Wednesday, July 6th) as the college hosts a touch rugby tournament for the second year in succession.

A total of 12 teams will be taking part in the West Country Corporate Challenge Touch Rugby Cup held at Hartpury in a tournament organised in partnership with 7 Bamboos Rugby. The day promises to be an action-packed affair with businesses bringing teams made up of male and female employees as they bid to be crowned touch rugby champions of the West Country.

Last year’s competition was organised as part of Hartpury’s celebration of the Rugby World Cup, which saw the sport’s greatest prize, the Webb Ellis Cup, visit on the same day.

Max Lueck, a Hartpury graduate and founder of 7 Bamboos, said: “Last year’s tournament was a major success so it is great that we can run it again this year. It promises to be another great day for everyone involved with many businesses using the day as a team bonding exercise.” 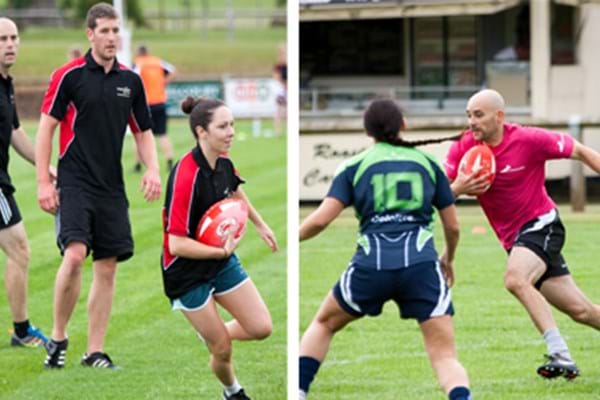