Former Hartpury rugby starlet Abbie Brown’s dream year could be about to get even better if she runs out at the Rio Olympic Games this summer.

After securing a full-time contract with England Women’s rugby last September, Brown has travelled the world with the national sevens squad and now the 20-year-old is hoping her super season culminates in an appearance for Great Britain as sevens rugby makes its Olympic debut in Brazil.

She said: “It’s been a whirlwind year and I’ve travelled the world playing rugby in places that I have only ever dreamt of. To even have the opportunity to be in with a shout of competing at an Olympic Games is a dream come true.”

Brown was part of the hugely successful Advanced Apprenticeship in Sporting Excellence (AASE) women’s rugby programme at Hartpury after joining in 2013 and made her senior debut for England in the 15-a-side format of the game in the 2015 Six Nations tournament at the age of 18.

She said: “I had a great time at Hartpury and it definitely helped me as it provided a really high quality of coaching and gave me the opportunity to get one-on-one advice to help me achieve my individual goals.”

And since leaving Hartpury, her career has continued to blossom. Brown made her first appearance for the sevens squad last summer as she represented England in the Rugby Europe Grand Prix Series but she really came to prominence when she made her debut in the second round of the HSBC World Rugby Women's Sevens Series in Sao Paolo back in February, scoring in a 38-5 win over Japan.

“I ran the length of the pitch on the last play of the game to score the try and I remember being so excited but I was just focusing on trying to breathe!”, Brown added.

“It was my first World Series appearance and although I really enjoyed playing against the top teams in the world, we didn’t have the best of competitions as a team so it definitely made me hungry to experience more.

“Thankfully, I’ve been in the squad since then and I have been very fortunate to gain more experience by playing at a range of tournaments across the world.”

Further appearances in the World Series followed, with Brown playing in all three successive rounds and the youngster helped England to their first tournament win of the season as they defeated New Zealand 31-14 in the final of the third round in Langford, Canada, in April.

She has appeared on the sevens circuit with former Hartpury students and 2014 Rugby World Cup winners, Natasha Hunt and Alex Matthews, and she feels that playing with them has been a big factor in her continued development.

Brown added: “Getting the chance to play and train with players that have won events as big as the World Cup and gained such a lot of experience and knowledge has helped improve my game massively.

“I didn’t quite realise how different sevens rugby would be to the traditional game and it took some time to get used to, especially the timings of the games as you can have three games in a day when you’re playing sevens. At first I found it tough but I also enjoyed learning different positions and the faster way that sevens is played.”

Seven tries throughout the four rounds saw Brown called up to the GB Lions squad for last weekend’s Rugby Europe Grand Prix Sevens Series, where players from England, Scotland and Wales came together for the last official competition ahead of this summer’s Olympic Games.

And Brown scored a further five tries in the competition as she helped the GB Lions secure third place.

She said: “I haven’t really thought too much about the Olympics because we’ve had a lot of training and other competitions and I’ve had to think about the here and now to make sure I’m doing the best I can in each game. It will be tough to get selected with only 12 in the squad but to be in with a shout is amazing and hopefully I’ll be there doing my best for my country.”

And her ambitions do not stop there. Brown is now hoping that she can make a similar impact in the 15-a-side game.

She added: “The long-term aim is to play both versions of the game as much as possible. The goal next year is to be a part of the squad for the World Cup as I would love to help England retain the trophy.” 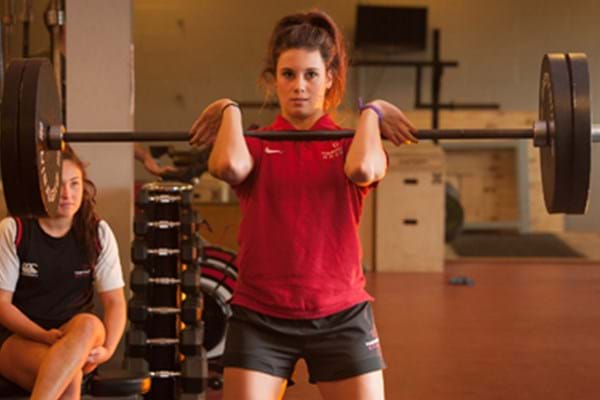