Second year BTEC football students have been raising money for Cardiac Risk in the Young (CRY) in memory of former Hartpury Extended Diploma in Football student Dan Matthews, who died in 2009. In the most successful year for this annual fundraising drive to date, the students raised more than £500.

They organised six activities throughout May, including a cricket match, FIFA tournament, six-a-side event, golf competition and a ‘Wembley doubles’ match with teams of two going head to head in a knockout competition.

The big finale to round off the fundraising was the much-anticipated first year versus second year football match. The second years managed to secure victory this year, topping off the sixth year of fundraising in memory of Dan.

Tutor for BTEC Football, Shaun Gluyas, said: “The students did an excellent job of organising a variety of events with very little support needed from staff.

“They have raised the highest amount since we started this annual fundraiser and they all feel really pleased to have raised so much money for such an important charity helping young people, especially as it is honour of one of our former students. It’s also a great way for them to gain insight and experience in events management and organisation that will stand them in good stead for their future careers.”

Earlier in the year, Hartpury also hosted a charity match where a Hartpury Legends team took on current students, also in aid of CRY, as some of Hartpury’s former footballing talents gave their time to raise funds for the charity and entertain the crowds! 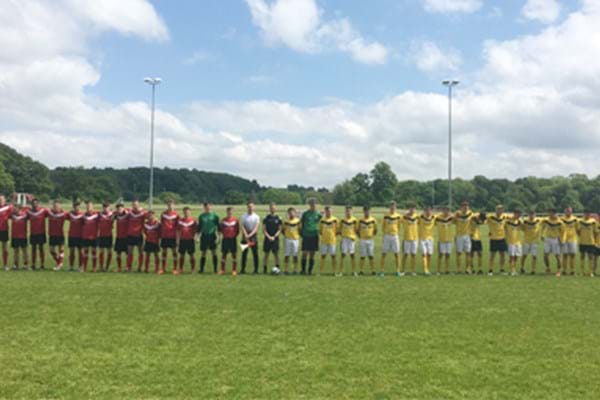