Two former Hartpury students are hoping to make a name for themselves on the international netball scene as they set off to South Africa as part of the Welsh netball squad.

Sarah Llewelyn, 20, who has represented her country at Under-19 and Under-21 level has made the step up to the senior squad while Megan Powell, 20, will be captaining the Under-21s side for the three test series in Durban this month.

Having had the best World Cup result in 24 years last year Wales are looking to build on their success and challenge themselves against the South Africa Spar Proteas and Under-21s from the 17th-19th of June.

Both players will be looking to impress in the tournament with positions up for grabs in the Welsh Senior and Under-21 squad for October’s Netball Europe tournament.

Powell in particular will be looking to showcase her skills as she continues her return from a serious knee injury. The lofty defender has international caps at Under-15, 17 and 19 level already as well as appearances for the Under-21s – including at the World Netball Championships.

Powell, who studied a BTEC Diploma in fitness, was also a vital part of the squad that claimed three National titles as well as a wealth of other achievements including an 8th place finish at National Schools and 2nd at the AoC Sport National Championships.

Netball elite programme manager Sarah Pretty said: “It’s great to see former students doing so well in their sport after their time with us. Megan picked up an injury to her knee at the 2014 Nationals so it’s wonderful to see her back on top form to not only be selected but to captain the Welsh team!” 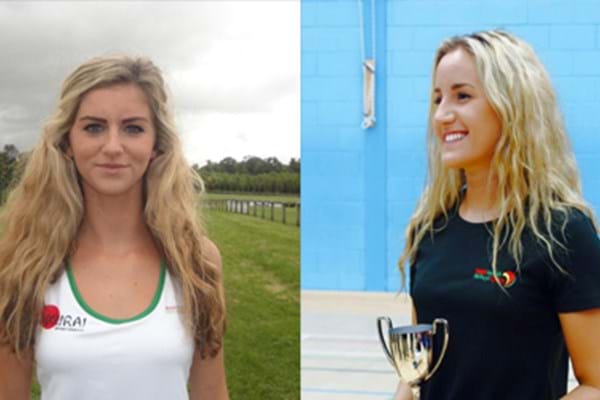