The achievements of hundreds of Hartpury students were celebrated at the college’s annual Further Education Prize Day yesterday.

They were joined by parents, Hartpury staff and governors and VIP guests for the ceremony, with those students who have demonstrated outstanding achievement in their area being awarded trophies and prizes.

Lloyd Parsons, a former Hartpury postgraduate student, shared his inspirational story as the guest of honour at both the morning and afternoon ceremonies. In April 2015, he ran across the Sahara Desert, completing the toughest race on earth - the Marathon Des Sables - for the Walking with the Wounded charity, who he represents as an ambassador. Lloyd is also an experienced alpine mountaineer, having climbed across the world.

The winner of the Gloucestershire NFU Perpetual Trophy for the Top Student of the Year was Ethan Harris, 18, from Gloucester, who has just completed his BTEC Level 3 Extended Diploma in Sport Coaching with a triple Distinction. Ethan came to Hartpury from Churchdown School.

As well as consistently producing exceptional work. Ethan is very supportive to other students and, for the past two years, he has represented the college as a Young Ambassador. This has involved many extra-curricular activities, including planning and meetings, and he frequently takes the lead role at events working with primary and secondary school pupils, including young people with Special Educational Needs. He recently managed 65 volunteers at the Big Health Check 2016.

Not only does Ethan coach at Hartpury College, he also has an apprenticeship as a kick box instructor at Kids Martial Arts in Gloucester, instructing and teaching for around 30 hours a week – a role he is now taking on full-time.

He said: “It was a big surprise to win Top Student. It’s been an amazing experience and a great day. I’ll be sad to leave Hartpury but I can’t wait to get even more into my coaching. I’ll be teaching all ages, from kids aged three or four to adults.

“I spent 15 years competing. I’ve been in England teams and won World and European Championships titles, but coaching is what I get the biggest kick out of. It has improved my confidence and I love now being able to give that edge to others.

“I gained so much knowledge on my course, from my fellow students and from all my lecturers, especially my tutor, Laura Simmonds. I’m really going to miss the place!”

This year’s winner of the Ian Waterhouse Cup for the Sports Person of the Year was actually an BTEC Extended Diploma in Animal Management student, up and coming hurdler, Mollie Courtney, from Tewkesbury. She also gave the student vote of thanks speech at the morning ceremony.

Mollie, 18, has shown an exceptional work ethic to balance her studies with her burgeoning athletic career, achieving a triple Distinction. Ranked number one in the UK and 10th in the world for the Under-20s 100 metres outdoor hurdles, Mollie recently secured her place in the Great Britain team for the World Junior Championships in July.

After smashing her personal best to win the 100m hurdles in 13.32 seconds at the Loughborough International Games and achieve the qualifying time for the Worlds, she made her selection secure at the trials at the England Championships, where she finished second despite hitting a hurdle.

Mollie achieved a silver medal in the 100m and the high jump at the same competition in 2015 - jumping 1.74 metres when she is only 1.69m herself! She currently ranks equal fifth with Sally Gunnel in the all-time records for the 60m hurdle - 11 places above Jessica Ennis– and fifth of all time for the outdoor 100m hurdle.

Mollie is an example of a number of top performing individual athletes that study at Hartpury that do not belong to one of the elite academies. Hartpury has recently introduced the multi-sport academy to provide professional performance services and support to these individual athletes.

She said: “I’ll be sad to leave Hartpury, it’s been the best two years ever! I’ve loved everything about it; the lecturers, the course. It’s everything I wanted and has been perfect for me.

“I’m going to university to study animal biology now and I’d love to go into conservation work abroad, maybe in a game reserve. It can be tough balancing my studies with competing and training but days like this make it all worthwhile. I’m so chuffed to win this award at a sporting college, especially to be the first Animal Management student to ever win it.”

He said: “It’s good to have your achievements and hard work recognised and I’m now looking forward to my next challenge, studying applied farm management at university. I’d like to go into a career in nutrition and breeding consultancy.

“I’m going to miss Hartpury, especially after a really good final year, when I moved from the Subsidiary Diploma on to the Diploma Agriculture. We were only a small group and we were mixed in with the third year students. It was great to be able to bounce off each other and the lecturers have been great.”

Hartpury Principal, Russell Marchant, said: “It is always such a privilege to be able to share in our students’ successes and join parents, guests and staff in congratulating them for their hard work and achievements on this very special day.

“At Hartpury, students get all the support and care they need as individuals to achieve their academic and sporting potential and to develop as people. Many of them will now progress to university study while others will be taking their first steps on the path to a dream career. Whatever path they choose, they carry the Hartpury name with them and we are proud they continue to have a major stake in our success.”

All of the photos taken at the Prize Day ceremony will be available at http://npcimages.co.uk/shop 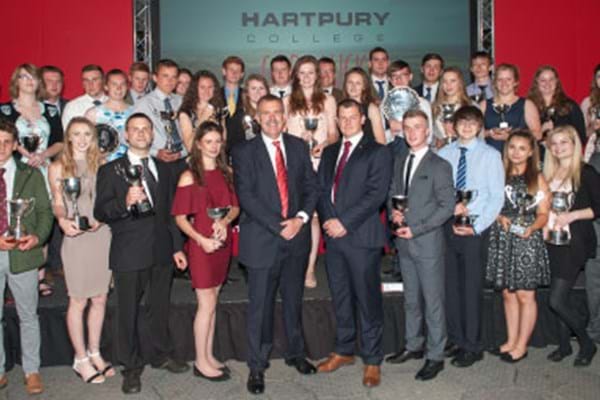