Bradley Sutton signed off in style last weekend as he stormed to success at the National Modern Pentathlon Championships in his final appearance as a Hartpury pentathlete.

Sutton secured the Under-19s boys’ title for the second successive year after producing a star display in all disciplines at the event in Solihull, while fellow Hartpury student Josh Miller finished in third place.

Sutton got off to the perfect start when he finished first in the fencing section with a near flawless showing and the 17-year old, who has just completed his A-levels at Hartpury, consolidated his position at the top of the leaderboard with a quick time in the swim stage.

An assured performance in the show jumping was then followed by a consistent display in the final discipline – the combined event – to secure top honours, while Miller produced two solid efforts in the final two stages of the competition to seal a podium finish.

The duo’s strong performance comes after both were selected for the upcoming Under-19s World Championships in Ireland next month, where they will also be joined by another Hartpury pentathlete in Harry Sykes.

Mat Dewey, Hartpury’s Modern Pentathlon manager, said: “It’s been a fantastic year for everyone involved at Hartpury and winning this competition again shows just how good Bradley has been during his time with us. He has come on leaps and bounds and hopefully he can keep improving in the future as he now heads off to university.

“It’s also great to see our athletes being selected for international representation as it is testament to our strength in depth that we have at Hartpury. Hopefully the three guys can produce the same level of performances that I’ve seen all year and finish as high as possible in the competition.” 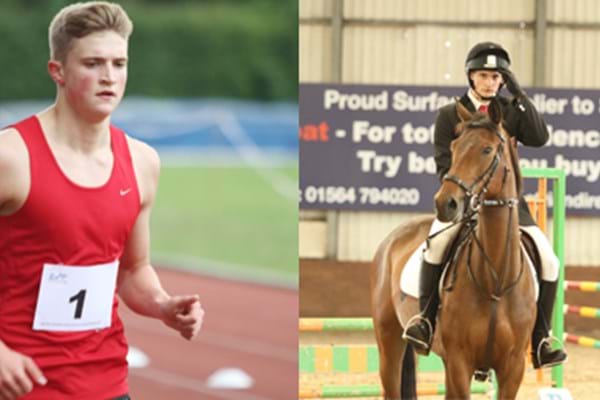