A Hartpury College student has made it all the way to the final of a national competition aimed at discovering the best young talent in personal training.

Grant Morris, a second year student on the Advanced Diploma in Fitness at Hartpury, had previously put in a star performance in the regional qualifying round of the WorldSkills UK Fitness Trainer Competition in Loughborough, having been put forward by his lecturer, Steve Adams.

And the 19-year-old has now booked his place in the final showpiece- where he will perform in front of an expected 100,000 people at the National Exhibition Centre (NEC), Birmingham, in November – after producing a superb personal training session at last week’s semi-final stage.

Grant finished second overall in the personal trainer category after impressing judges with a detailed and progressive 12-week training programme while also delivering a planned session on the day of the event with a client, who happened to be his brother, Kelton!

Kelton, who is following in his brother’s footsteps in September when he begins studying at Hartpury, said: “It was great to be able to help my brother compete in such a big event and I’m really happy that he’s qualified for the final. It was a great experience and I’m now really looking forward to starting my own course at the college.”

Grant, from Coleford and a former Lakers School pupil, added: “I really enjoyed the day and to finish in second place at this stage is something I’m really proud of! The whole competition has been a fantastic opportunity that I wouldn’t have had without Hartpury and it has opened up so many avenues for progression in the fitness industry.”

Alongside his studies at Hartpury, Grant has already launched his own business, Functional Fitness, delivering outdoor boot camps at Berry Hill Primary School and circuits classes as well as personal training. He also works at Rockets Health and Fitness in Coleford.

“The experience of taking part in a competition like this will be great for my own business as it will hopefully allow me to improve the service I provide to my existing clientele while also attracting new customers,” he said.

“I’m really grateful for the support from my tutor, Steve Adams, and my brother for being such a good client. I can’t wait for the finals now in November!”

Hartpury lecturer, Steve Adams, said: “This is the first time that we have entered students into this competition and we couldn’t be more proud of Grant and his achievements so far. It’s testament to three years of hard work at Hartpury from Grant and he deserves every success going forward.” 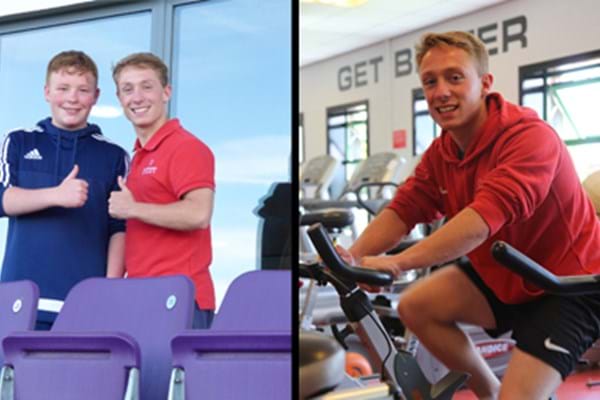