Five former Hartpury students have been named in England Women’s match day squad ahead of their first game in the Women’s Rugby Super Series against Canada.

Lichfield star Millie Wood, who came through the hugely successful AASE women’s rugby programme at Hartpury, will start and gain her first senior England cap in the match, which kicks off at 10pm BST on Friday night at the Regional Athletic Complex, Salt Lake City.

She will form a centre partnership with another Hartpury product, Worcester’s Ceri Large, while her clubmate and former Hartpury A-level student, Amy Cokayne, starts at hooker. World Cup winner, back row Alex Matthews, and scrum-half Bianca Blackburn – also both ex-Hartpury – have been named on the replacements’ bench,

England and Canada played each other in last year’s Super Series, with England narrowing securing a 15-14 victory at Ellersie Park in Edmonton, Canada. England next face France in the Series on Tuesday, 5th July, before playing USA on Saturday, 9th July. All games will be broadcast live on TheRugbyChannel.TV

Tom Radcliffe, Director of Elite Sport at Hartpury, said:“It’s fantastic to see Millie making her full England debut, joining the long list of top performers who have honed their talent at Hartpury and gone on to play for their country.

“We wish her and the rest of the team all the best for the Series, especially our former students, whose progress we always follow closely. It makes everyone at Hartpury proud that we are able to play such a key role in the development of hugely talented young players.” 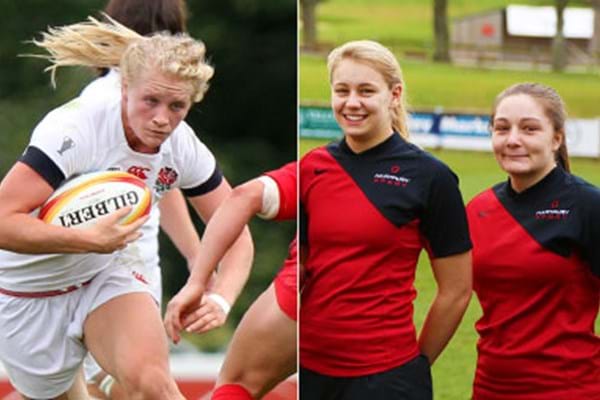