Hartpury is heading to Rio this summer after a trio of former students were named in the Great Britain rugby sevens squad today.

Former Hartpury student and England Sevens try machine, Dan Norton, has been named in the 12-man squad for the upcoming Olympic Games, where sevens rugby will be making its Olympic bow.

Norton, who is England’s all-time second highest scorer in sevens rugby, was a part of the Red Rose squad that secured qualification for the Rio Olympics, after securing a fourth place finish in the HSBC World Series last year.

And former college students Abbie Brown and Natasha Hunt have been called up to the women’s squad, where they will be joined in Brazil by Danielle Waterman, who formerly headed up the women’s rugby programme at Hartpury. The trio were selected after a string of strong performances for England throughout the HSBC World Rugby Women's Sevens Series and a fine display for the GB squad at the Rugby Europe Grand Prix Sevens Series in June.

Megan Jones has also been named as first reserve and will be on standby should a player miss out through injury.

Tom Radcliffe, Hartpury’s Director of Elite Sport, said: “It is an absolutely fantastic achievement and we are all delighted for Dan, Abbie, Natasha and Danielle. It is the dream of many athletes to represent their nation at the highest level of sport and there is no denying that the Olympics is exactly that. Everyone at Hartpury wishes them all the very best of luck and hopefully they’ll be able to bring some medals back home!” 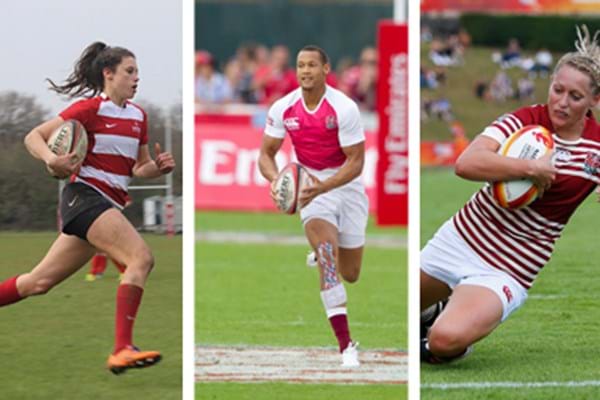