Winger Zoe Aldcroft and flanker Sarah Bern have been named in England’s match day squad for the second game of the Women’s Rugby Super Series against France, which kicks off at 10pm BST tonight in Salt Lake City.

Lichfield star Millie Wood, who came through the hugely successful AASE women’s rugby programme at Hartpury, won her first senior England cap in their first Series outing – a disappointing 52-17 loss to Canada. That defeat has prompted seven changes to the starting line-up for this clash.

While Millie joins Zoe and Sarah on the replacements’ bench, World Cup winner, back row Alex Matthews has been promoted into the starting XV, while other Hartpury products, centre Ceri Large and her Worcester clubmate, hooker Amy Cokayne, retain their places in the team.

After tonight’s match with France, England will face their final Series test against the USA on Saturday, 9th July. All games will be broadcast live on TheRugbyChannel.TV

Tom Radcliffe, Director of Elite Sport at Hartpury, said:“I’m thrilled to see Zoe and Sarah both pushing for senior England honours, having established themselves as key players in the England Under-20s set-up. With Hartpury having produced more than 100 rugby internationals in the last 10 years, they are part of a proud tradition and we’ll be cheering them on, along with all the other Hartpury girls in the squad.” 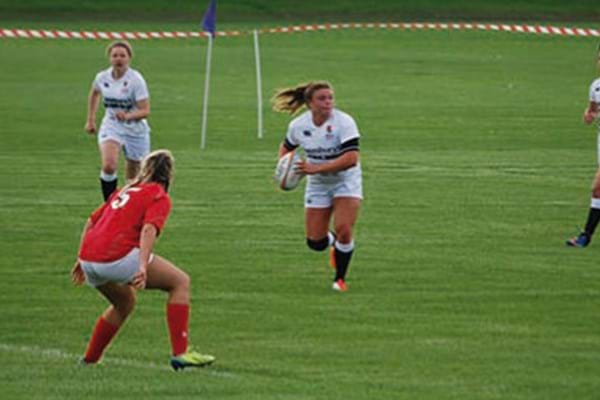