Already with over 100 international sports stars Hartpury can now boast a double Olympic medallist amongst its alumni after France's eventing star Astier Nicolas claimed an individual silver and team gold medal at the Rio games.

Nicolas, 27,who graduated with a degree in BSc (Hons) Equine Management, opened his Olympic medal account as he spearheaded his country's challenge for team honours at the games. A dressage score of 42 aboard Piaf de B'neville was held throughout a clear cross country and showjumping to ensure that he secured gold alongside his fellow countrymen.

The former university equine academy rider doubled his medal haul in the evening's action as his individual standing during the team phase of the competition saw him safely into second place ahead of the jump off. Despite picking up six penalty points during his round a final score of 48 was enough to see him pick up a silver medal behind double Olympic champion, Micheal Jung.

Hartpury's Rosie Scott-Ward said: "We're so proud of Astier's achievement, to win one Olympic medal is something not a lot of people will do but to win two in the same games is just incredible.

"We always knew he had the potential to be one of the best and it's great to see him working his way towards the top - he can be very proud of what he's achieved. I know that Nick Burton (Hartpury's former Equine Academy Director) and Lizzle Winter (Hartpury's current Equine Academy Director), who have worked closely with him both during his time at Hartpury and afterwards will be delighted as well.

"I think it is testament to the quality of our offer here at Hartpury that riders like Astier have come through here and gone on to such great things. Now we'll be keeping a close eye on Carl to see if he can add another to his collection!"

Despite being Hartpury's first Academy member to have claimed an Olympic medal, the equine gradate is not the only one at the Olympics with Hartpury ties to have got their hands on one of the sporting world's top accolades. Carl Hester, a dressage coach at Hartpury, has a gold medal of his own from the team dressage event at London 2012. Hester kicks off his individual and team bids for further medals today (Wednesday 10th August).

With all the eventing excitement at the Olympics building there is a chance to see some of the world's top riders who are set to compete at the NAF International Hartpury Horse Trials which also get underway today (Wednesday 10th August) with the Burghley Young Event Horses ahead of some CCI1*, CCI2* and CIC3* competition starting from Thursday and running until Sunday.

Entry is free from Wednesday to Friday for spectators with the chance to see some dressage and showjumping before the competition's showpiece event on the Saturday - the CIC3* cross-country event. The weekend's entry is £10 per person (free for under-16s). You can find all the information on the event at www.hartpuryhorsetrials.co.uk

Nicolas, now based in Wiltshire, is no stranger to competing with the world's best. After being part of the bronze medal winning team at the 2013 European Championships in Malmö, he and Piaf de B'Neville also claimed the top spot at Pau CCI4* last year, making Astier the youngest rider to win a CCI4* event in 2015. 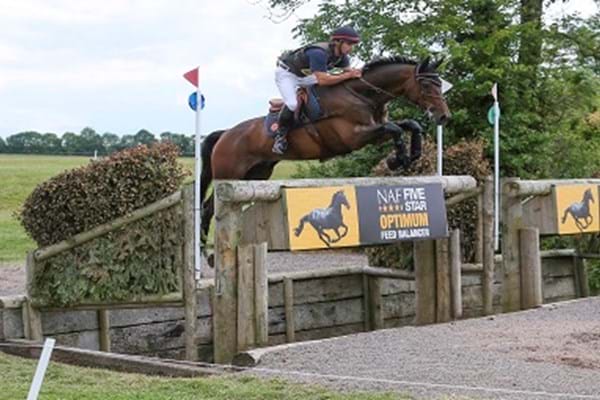