Four Hartpury rowers completed back-to-back victories at the Home International Regatta as they guided England to a fifth straight victory in the women’s junior event in Cardiff over the weekend.

The Gloucester-Hartpury crew of Freya Webb, Zoe Adamson, Rosie Gladding and Alex Watson – who had secured the college’s fifth national title a little over a week ago at the British Rowing Junior Championships – were pushed all the way to their gold medal by a spirited Irish crew who led until the final few strokes of the race.

With Bryony Lawrence and Frances Russell involved in the Great Britain junior team selection process, Gladding and Watson stepped in to complete the quad for the second event in a row. The team, who produced a dominant display on their way to this season’s fifth national title continued the college crew’s run after eventually overcoming the spirited Irish team. This is the third time a Gloucester-Hartpury crew have taken gold at the event.

Away from the women’s junior event, up and coming para-rower Scott Jones grabbed himself a gold in the Arms and Shoulders para category. Jones’ table-topping performance helped England to win the senior men’s title overall.

Hartpury’s assistant rowing coach, Will King, said: “This was one of the girl’s closest races of the season and it was great to see them show their mental and physical strength as they were pushed all the way to the finish. They really worked hard for their gold medals and it’s another great result after the success we had last time out at the junior championships.

“We’ve been extremely successful when given the chance to represent at the regatta with wins in the quad event back in 2013 and last year and it was great to add another two victories this year with Scott representing us as part of the men’s para-crew.” 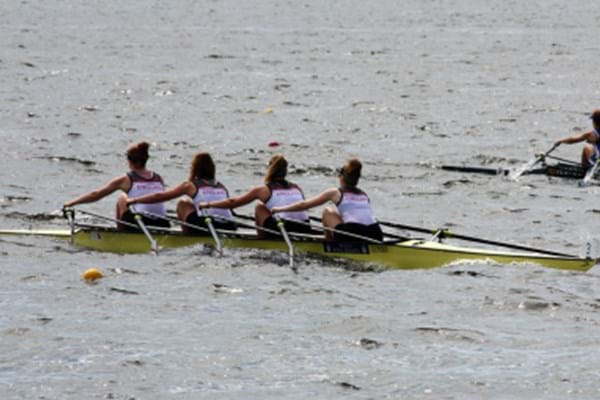