It all came down to the last round as Will, riding nine year old mare Collien P 2, had less than a fence in hand over Andrew Nicholson in second spot. Despite the pressure Furlong kept his composure to produce a lovely clear and claim first prize on his dressage score of 42.3.

New Zealand’s Nicholson rose from fourth to finish second having completed his show jumping round clear and inside the time on Swallow Springs to also finish on his dressage score of 45, narrowly beating Germany’s Franca Luedeke aboard Cero Song on 45.9 to finish third.

Tom Carlile occupied both joint first and third spots after the cross country but withdrew joint leader Quiro Hoy before the showjumping. With his own Opium de Boisy he had an unfortunate ten faults to drop him to fourth place. Rupert Batting and Manyoshu took home the prize for completing the cross country course closest to the optimum prize.

Furlong, who is in his last year of young riders, said: “I am over the moon, absolutely delighted, and really looking forward to progressing with her. I’ve only been riding her since May so it’s really exciting to see what we will achieve together.”

Meanwhile in the Recover CCI* Amy Crerar and Sankro managed to retain their lead for the entire duration of their competition to win with a score of 41.8. It was an extremely close run for the top two spots as Amy added one show jumping time fault to her dressage and cross country score (40.8) to finish just 0.1 ahead of Emily Llewellyn and Exclusive.

Llewellyn went into an early lead in the dressage phase with a score of 41.9 with Amy just pushing her to second spot in the second day of dressage. Emily and Exclusive then went clear inside the time in both the cross country and the show jumping to remain on 41.9, keeping the pressure on Crerar for the whole event but ultimately it was not quite enough and they took home second.

Lizzie Baugh riding Quarry Man rose to the occasion on the cross country to go into third after phase two. She too had nothing to add after the final phase and finished on her dressage score of 45.2, keeping her spot on the podium at the end of the class.

Storm Straker completed on her dressage score of 48.8 to claim 10th prize and in doing so clinched the Denis Ivan trophy for the highest placed Pony Club Rider. Charlotte Jenkins and Cuffesgrange Ars Royale took home the award for completing the cross country closest to the optimum time, as well as landing 11th place.

Sunday’s action rounds off another fantastic year of top eventing at Hartpury, which saw Nicola Wilson excel in the pinnacle event, the Superflex CCI***. Her untouchable performance during the cross country and showjumping phases were enough to see her crowned champion aboard One Two Many.

Event Director, Phillip Cheetham, said: “This has been another amazing display of world class eventing right across the whole week. Everyone involved has worked incredibly hard to pull off one of the biggest events on our equine calendar. We hope that all the spectators and competitors all had a great time and we cannot wait to welcome them back next year.”

Hartpury would like to thank NAF, all the sponsors and everyone involved in putting on such a hugely successful international event. 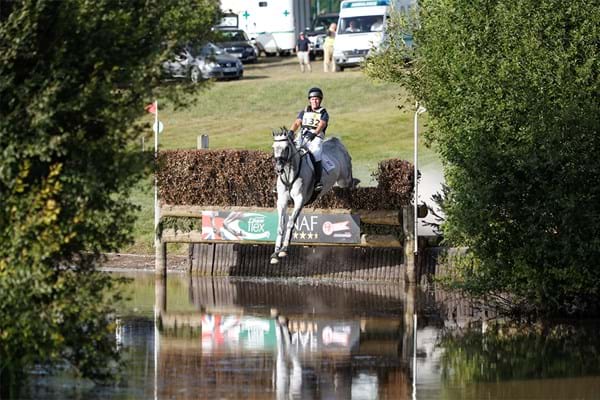