It’s all change at the top as Izzy Taylor heads up the leaderboard moving into the final day of the Superflex CIC*** at the NAF Five Star International Hartpury Horse Trials.

British rider Taylor and horse Be Touchable lead on a score of 36.6 ahead of Nicola Wilson on One Two Many (37.1) and the pair of Flora Harris and Bayano(37.9) as the dressage finished on day two of the competition. Overnight leader, Caroline Powell on Flying Finish, finds herself down in tenth.

Meanwhile Tom Carlile has taken the one-two in the Magic CCI**. Tom and Opium de Boisy have managed to retain their lead of 41.8 throughout day two of dressage and has taken the second spot with Quiro Hoy on 42.3. Will Furlong and Collien P 2 occupy the third spot also with 42.3 ahead of tomorrow afternoon’s cross country.

In the Recover CCI* Amy Crerar and Sankro scored 40.8 to just pip in front of yesterday’s dressage leaders Emily Llewellyn and Exclusive with a score of 41.9. Kevin Mcnab and Creevagh complete the top three going into tomorrow’s cross country with 44.2 for their dressage.

Entry for the weekend is £10 per person (free for under-16s) and parking is free. 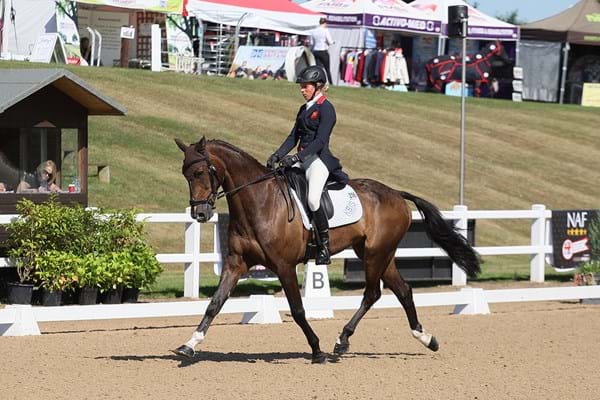