Three current and 10 former Hartpury students have been named in the England Women’s Under-20s squad that will contest a hat-trick of clashes with Canada this month.

A squad of 26 are currently together for a two-week camp before the three tests at Nottingham Trent College, starting tomorrow (August 18th). The other fixtures are on Monday, 22nd August and Friday, 26th August, All matches kick off at 5.30pm.

Having stepped up to play for England women’s senior side in the Women’s Rugby Super Series last month in the USA, recent Hartpury graduates, number eight Zoe Aldcroft, flanker Sarah Bern and Millie Wood return to the Under-20s and they will be joined by another former Hartpury star and England senior hooker, Amy Cokayne. Wood, who made a try-scoring senior debut against Canada in Salt Lake City, will captain the side.

They are joined in the squad by fly-half or centre Holly Aitchinson, Sydney Gregson, Zoe Harrison, Lucy Nye, prop Ellena Perry and Anna Wolf, who all honed their talent at Hartpury.

LJ Lewis, who heads up the AASE Women’s Rugby programme at Hartpury, said: “It’s fantastic to see half of the England Under-20s squad for three really tough tests against Canada made up of current and former Hartpury students. All the girls deserve this opportunity and I’m sure they will continue to ignite their own and Hartpury’s rugby reputation on the international stage.” 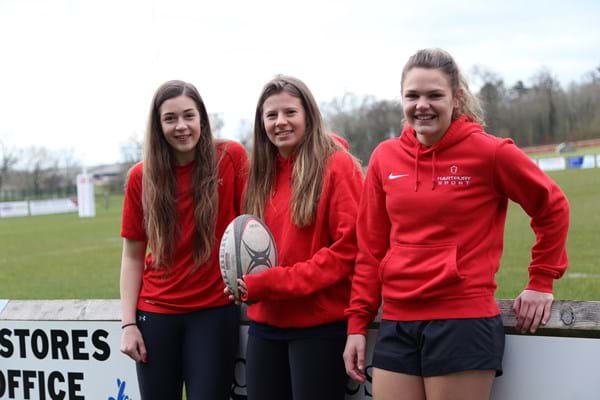