The talented 30-year-old back row, who is the only deaf professional sportsman in England, joins Hartpury RFC from Worcester Warriors. He will certainly be in familiar surroundings, having completed a Sports Coaching and Conditioning degree at Hartpury between 2004 and 2008.

During that time, he was a member of the Hartpury RFC side that gained four league promotions and lifted the EDF Junior Vase, Senior Vase and Intermediate Cup. He also scored a try at Twickenham as Hartpury won their first BUCS Championship against Loughborough University in 2007.

Mat, who is severely deaf, also represented the England Deaf team in each of his four years at Hartpury as well as the Gloucester A side.

He signed for the Scarlets in 2010 and was dual-registered with Welsh Premiership side Llanelli RFC. He scored his first Scarlets try in a 31-3 LV Cup victory over Leicester Tigers in October 2011 and went on to establish himself as an important member of the PRO12 side’s first team squad, including featuring in the Heineken Cup.

Mat then joined Bath Rugby in 2012 and played for them 19 times before joining Worcester in 2014.

He said: “I’m really excited about coming back to play for Hartpury RFC. It was always my long-term ambition to come full circle and although the campus has changed a lot since I left, the culture has stayed the same and I’ve been really impressed by what I’ve seen already in pre-season.

“I was coached by Pasty (Hartpury RFC head coach Mark Cornwell) in my last year at uni, so it’s great to be working with him again and I know Barnesy (RFC Director of Rugby, John Barnes) has a great pedigree. The side looks to be shaping up really well for the new season and I can’t wait to play my first game.

“It was pretty frustrating last season as I didn’t get as many games as I would have liked with Worcester. I had offers for full-time contracts with Championship clubs but I was excited by the prospect of coming back to Hartpury and helping them push on in National League One again. I’ve seen a fair few games at this level and I’ve been impressed.

“It will complement my current role working for a sports analysis company too and I’m hoping I’ll have more time to dedicate to the community projects I’m involved with that are focused on empowering more deaf children through rugby.”

Hartpury RFC head coach, Mark Cornwell, added: “Mat has played at the very top level in Wales and in the Premiership for Bath and Worcester. We see him as a hugely exciting acquisition for the squad and it’s fantastic to welcome him back to Hartpury.

“He can play flanker or number eight and his experience of playing at a higher level will be crucial to our forthcoming league campaign.” 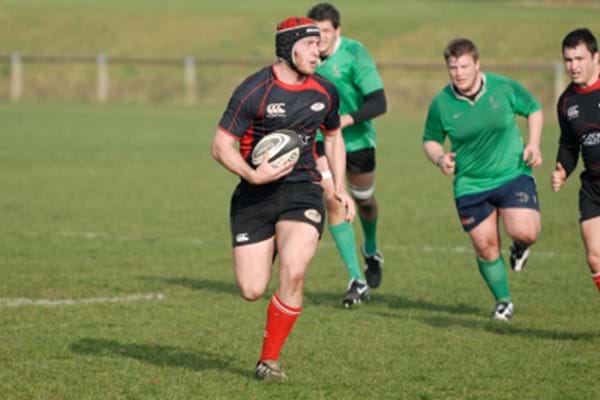