Nicola Wilson and One Two Many proved untouchable as they came from behind to claim the Superflex CIC*** title at the NAF Five Star International Hartpury Horse Trials.

Wilson, second overnight behind Izzy Taylor, surged into the lead following a clear in the showjumping round which saw Taylor pick up four faults to fall behind the eventual winner. Despite Wilson getting 2.8 time penalties in the cross country, Wilson set the standard for the remaining competitors and her score of 39.9 was unmatched throughout.

Overnight leader Izzy Taylor's unlucky four faults in the showjumping took her into the cross country on a score of 40.6. She completed a rare clear round inside the time to remain on her showjumping score to finished second overall. Willa Newton and Neelix had nothing to add to their dressage score of 41, with clear rounds in both their showjumping and cross country to take the final podium spot.

With the CIC** wrapped up it’s still all to play for in the CCI* and CCI* tomorrow - the final day of the NAF Five Star International Horse Trials.

The first action of the day saw the cross country get underway in the Recover CCI* with Amy Crerar, aboard Sankro, cruising round clear to remain on her dressage score of 40.8. Emily Llewellyn and Exclusive also had nothing to add to their 41.0 dressage score to remain in second ahead of tomorrow’s final show jumping phase.

Overnight third place holders Kevin Mcnab and Creevagh Bobby Joe unfortunately had jumping and time penalties to add to drop them down the leaderboard making way for Lizzie Baugh and Quarry Man to take third place. They had a super clear cross country round to make it home inside the time, finishing on their dressage score of 45.2.

The day ended the way it had begun - on the cross country course - as the Magic CCI** competitors battled for position heading into the final day. Overnight leader Tom Carlile finds himself joined at the top by Will Furlong and Collien P 2 as the riders sit on exactly the same score of 42.3 after the cross country.

Carlile's second ride, Opium de Boisy, currently occupies the final podium spot after picking up a 0.8 time penalty in the cross country to fall behind Furlong. The top three are separated by just 0.3 points heading into the final day.

Both classes will be completing their show jumping rounds to determine the winner. With entry at just £10 per person, under 16s and parking free pop down to find out who manage to clinch first place! 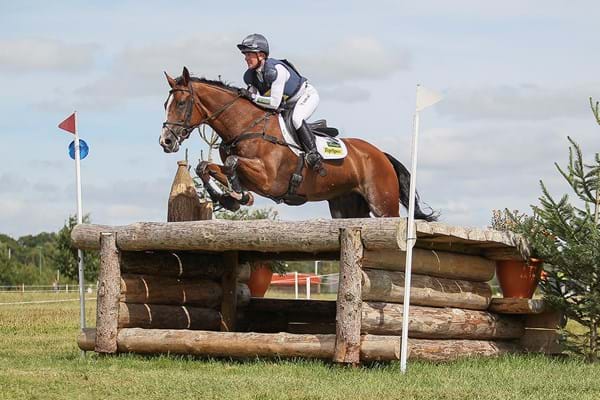