Two Hartpury students will have the chance to shine on the national showjumping stage after putting in impressive performances at Bicton Arena in Devon.

With qualification places at stake, Hannah and Kara, both aged 16, faced tough competition, leaving them just out of the placings in the Open class. However, in the Advanced Open (1.10m) Pony class, Hannah rode Champion Owens to first place and a championship spot, with Kara just behind her in second on Showtime II.

Both riders are members of the college’s Equestrian Club and represent Hartpury as members of the NSEA team. Kara, who is studying A Levels at Hartpury, is also part of the Modern Pentathlon Academy.

Hannah, a BTEC Level 3 Horse Management (Equitation) student, said: “There was fierce competition so to qualify is fantastic. I’m so pleased with how my pony jumped and I’m looking forward to Addington!”

Hannah could gain a second championship qualification at Hartpury in the ‘Jumping with Style’ discipline as she will also be competing in the Arena Eventing Qualifiers on 1st October. 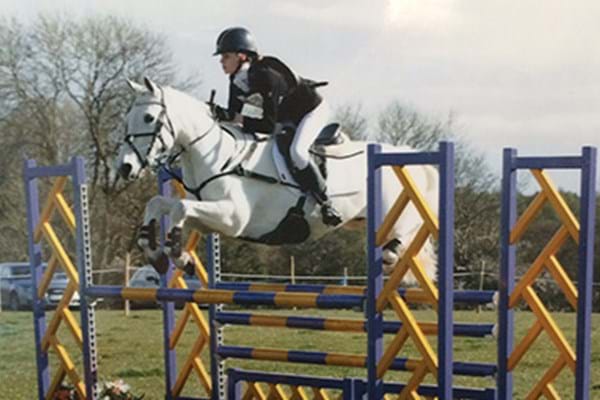