Gloucester-Hartpury women's team certainly sounded out a warning to their rivals as they racked up almost a century of points in their opening Women's Championship Midlands Two clash on Sunday.

Susie Appleby's team travelled to the Midlands and inflicted a 95-0 defeat on Birmingham Moseley WRFC with full-back Chloe Barton scoring five of the tries!

"This is a very exciting season for us," said head coach, Susie Appleby.

"We have attracted new young players who will learn a lot from more experienced players like Gemma (Sharples) and Rebecca (De Filippo). They are growing in confidence every session.

"'I'm really pleased with how ruthless we were against Moseley. The girls just kept the pressure on and converting that into points."

While Annabelle Whitecross put in an outstanding performance at hooker, De Filippo shone with her ball carries and there was a strong defensive performance by Molly Teague. 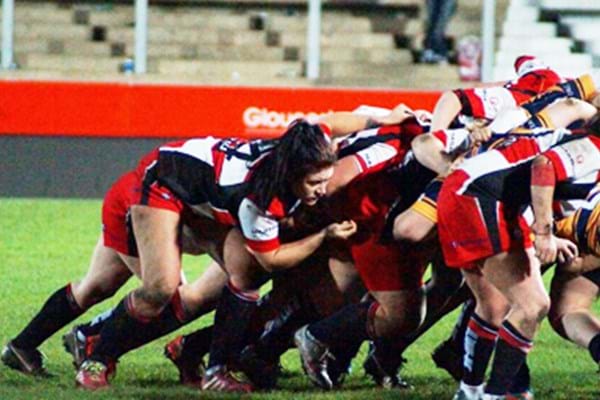